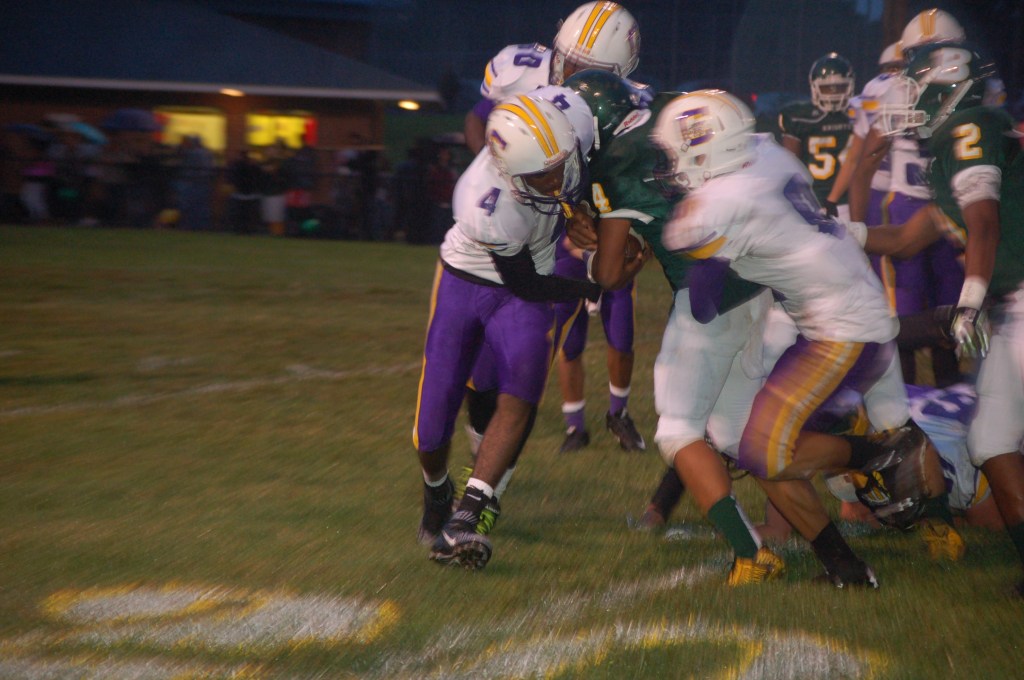 Friday night proved to be dreadful for the Central Lunenburg varsity football team as the Buckingham Knights took a 70-27 win over the Chargers.

Central’s Malik Foster opened up the game with a 61-yard touchdown on a pass from Josh Paynter.

After a successful extra point by Benjamin Atkins, the Chargers took the lead 7-0.

Buckingham’s Leon Ragland scored his first touchdown of the night on a 20-yard run in the first quarter.

The second quarter began with Ragland scoring an 11-yard touchdown.

The third quarter saw only the Knights score as Rajheem Holman snuck in for a 3-yard touchdown. Harley Gough followed with a 75-yard blocked field goal return, which was returned for a touchdown to finish out the third quarter.

Buckingham scored once again early in the fourth quarter.

“I never in my wildest dreams thought we would score 70 points against Central,” said Buckingham head coach Craig Gill. “Central is a good team, and they are better than what the score showed tonight.”

The Chargers will return to action on Friday night when they host Nottoway High School at 7 p.m. 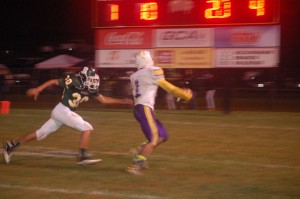 Photo by Hannah Davis.
A Buckingham player tries to catch up to Baskerville.