The proof is in the numbers 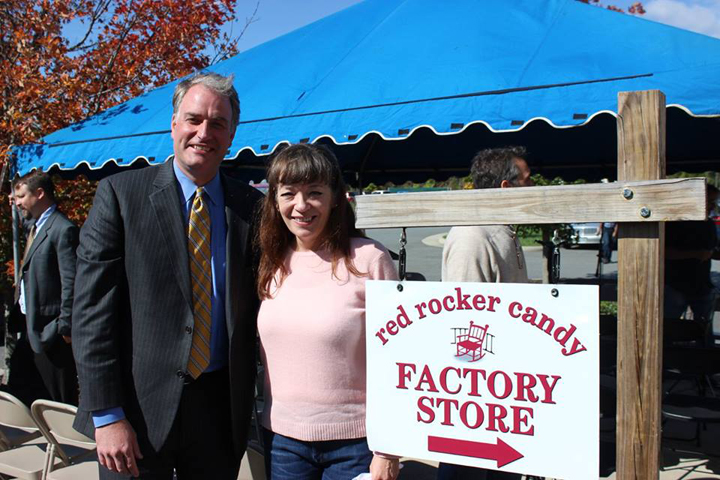 Congressman Robert Hurt (left) visited with Sue Charney (right), the owner of Red Rocker Candy, at the ribbon cutting for its new facility in Troy.

Since coming to Washington, I have continually fought to get our fiscal house in order and restore common sense to our budgetary policy. While we remain mired in over $18 trillion in debt, we have managed to reverse course over the last five years and have made some progress toward fiscal responsibility.

Last week, the Treasury Department announced that the deficit for fiscal year 2015 fell to an eight-year low — roughly a trillion dollars lower than the deficit was five years ago. This is largely driven by our efforts to restrain spending, and we are actually getting real results. In 2009, our level of federal spending as a share of Gross Domestic Product (GDP) was 24.4 percent, but over the last three years, we have reduced that ratio to just over 20 percent of GDP.

We actually reduced spending two years in a row — from 2011 to 2013 — for the first time since World War II. We adopted the Budget Control Act, which generated over $2 trillion in savings, and have passed a small measure of entitlement reform for the first time in nearly twenty years. We cut congressional office budgets by 20 percent and banned the use of earmarks — another symptom of the runaway spending culture of past years.

Perhaps most importantly, we have returned to the concept of budgeting and recognize the importance of engaging in the process of crafting such a blueprint. A budget represents one’s priorities and values, but prior to my arrival in Congress, budgeting had fallen to the wayside. We have adopted a budget in the House for each of the last five years, and this year, both the House and Senate passed a joint budget that balances for the first time since 2001. This budget responsibly allocates limited resources while laying out a framework for achieving a balanced budget without imposing new and higher taxes.

We have done all this despite having a President who would like nothing more than to continue borrowing and spending as if there are no consequences for doing so, even though we know that the consequences of this unsustainable path are severe. While we have made some progress, much more work remains to be done given the sheer size of our debt and the staggering amount of unfunded liabilities we owe in the future based on the structure of Medicare, Medicaid, Social Security, and other such programs. It will take years of commitment to balance the budget, reform programs on the brink of insolvency, and generate surpluses needed to pay down our debt. 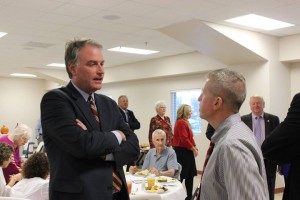 We have opportunities in the final quarter of this year to take another step forward on these challenges if the President is willing to come to the table to negotiate with us on budgetary matters. We must seize these opportunities to advance more reforms that strengthen and preserve vital programs that people have paid into and rely upon.

If we stay the course and maintain our focus on these critical issues, we can avoid leaving our children and grandchildren with a massive debt burden and instead give them a brighter future in a fiscally stable country.

Robert Hurt, a Republican represents Lunenburg County in the U.S. House of Representatives. His website is hurt.house.gov. He can be reached at his Farmville office at (434) 395-0120.

His thoughts —The results weren’t that bad

OPINION — Let’s talk about the policy regarding transgender students