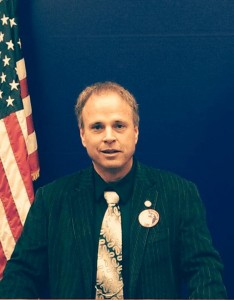 What do you think is the biggest issue facing the district and how do you intend to address it?

Money or the lack of is our [number one] problem both as individuals and in our local governments.

Too many jobs pay a minimum wage so low the burden of providing for our neighbors, friends and families falls upon we the taxpayers. The 61st District makes up the majority of the largest area of people living in critical poverty and without health insurance.

I propose sensibly raising the state minimum wage in increments until it is above the poverty level. In addition I propose adding the COLA formula to the minimum wage, permanently removing people’s wages from the stench of politics.

How do you plan to work with local officials to help bring more jobs and industry to the district?

I started this controversial campaign in April 2014. Outside of my home my opponent was the first person to know of my decision to run for delegate.

Since that time I have brought people from the industrial hemp industry here to see the area. Our extreme poverty gives the 61st District access to dollar-for-dollar matching grants for business investment and job creation. That’s why we say “hemp for victory!”

Should Virginia expand Medicaid under the federal Affordable Care Act?

Yes! We are paying the federal taxes at the rate of over $5 million a day to expand Medicaid.

Instead of insuring Virginians these taxes are going to other states like Kentucky to insure non-Virginians.

The Virginia Chamber of Commerce, every hospital in Virginia, every medical association in Virginia and even the VA AFL-CIO all support expanding coverage to the over 400,000 people expansion will help.

These currently uninsured people are hard working men and women.

They are school bus drivers and cafeteria workers making more than $8,000 annually but less than $11,400.

In light of recent shooting incidents across the nation, what changes should be made, if any, to Virginia’s gun laws?

No doubt we have a violence problem, but we learned or should have learned from prohibition [that] restricting access via legislation is totally ineffective.

The real culprit here is our privacy laws. Life, liberty and the pursuit of happiness include privacy but not at the expense of the general public’s safety. If someone has ebola their privacy rights become null and void.

There have been numerous tragedies which could have been prevented if doctors were allowed to share information with law enforcement officials.

What should the legislature’s top three funding priorities be on a state and district level?

Nothing happens without education. Without teachers there would be no rocket scientists.

Education must be our top priority with a shift back to vocational education along with secondary education. Transportation is another top priority.

I am proud of my work with Gov. [Bob] McDonnell to pass the 2013 historic transportation bill.

The majority of everything we buy gets here via truck. [Northern Virginia’s] road problems are a commonwealth problem but so are the over 160 miles of unpaved roads in Lunenburg County. My opponent voted no. 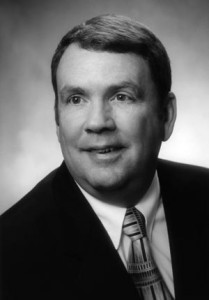 What do you think is the biggest issue facing the district and how do you intend to address it?

In our region, people are most concerned about the economy and jobs.

We have to attract new businesses and give our existing ones greater opportunities to expand. As delegate, I’ve been addressing the challenge by working in Richmond to support measures that encourage workforce development, which is a key factor in attracting new industries.

As a member of the Tobacco Commission, I work to obtain funding for projects in our area that will create and attract jobs.

How do you plan to work with local officials to help bring more jobs and industry to the district?

Our local officials are very engaged in the process of attracting jobs and industry.

I hear frequently from supervisors and county administrators about their efforts to attract new businesses. This is especially the case through my work on the Tobacco Commission. The projects we approve on the Commission are usually coordinated efforts involving local government officials, civic leaders and businesses.

Their work to obtain new businesses and approve new ventures are frequently an “all hands on deck” proposition.

Should Virginia expand Medicaid under the federal Affordable Care Act?

Based on the experience in several other states, we should not. Many of the states that have approved this federal program are now experiencing serious budget shortfalls because of it.

The reason: the federal government underestimated the number of those who would enroll and the strain they would place on existing resources. We cannot afford to place added strains on funding for our public schools, law enforcement and other core state services.

Medicaid is already the fastest growing part of the state budget. Expansion would only accelerate that, making the situation more problematic.

In light of recent shooting incidents across the nation, what changes should be made, if any, to Virginia’s gun laws?

Virginia’s gun laws do not need to be revised. As chairman of the firearms subcommittee of the house militia, police and public safety committee, I chair meetings where virtually every piece of legislation filed to change our gun laws is considered.

Most of the changes proposed would place new and often onerous restrictions on law-abiding gun owners, but do nothing to reduce guns crimes.

Where we need to place our focus is our ability to deliver mental health services. This is an area that could most affect some of the tragedies that have occurred.

What should the legislature’s top three funding priorities be on a state and district level?

Education, public safety and health care. Education is one of the primary drivers of the economic vitality of a region. We must ensure that our schools have the resources they need to provide a world-class education to our students.

Our public safety professionals, especially our sheriff’s deputies, need the resources for training and retention of personnel to provide the protections we need.

Finally, healthcare is already consuming a large share of the state budget.  We need to gain greater flexibility with these funds so they can be targeted to where they will have the greatest positive effect.

There is only one contested race on the ballot in Lunenburg County – and that’s for the district-wide House of... read more