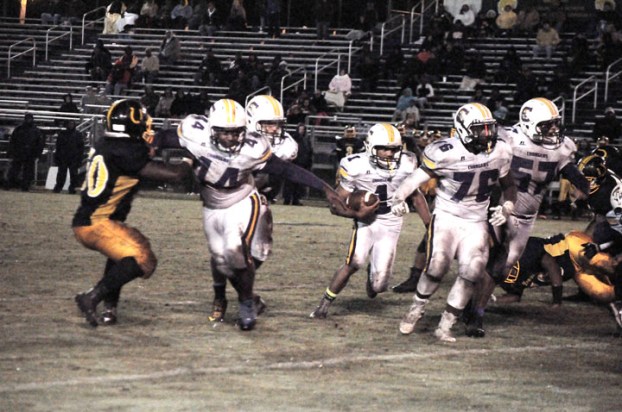 Up next for CHS

With their most recent win over Franklin, the Central Chargers advance in the state playoffs and are set to travel to Riverheads on Friday night.

The programs are not strangers, as they last met in 2000 when Riverheads took a 31-28 win over Central. The Chargers will be looking to avenge that loss against the currently undefeated Gladiators, who didn’t allow their two-time defending state champion opponent, Altavista, to score in their last playoff game.

Central will have to keep an eye on Gladiator key players Harrison Schaefer and Landon Diehl if they want to edge Riverheads.

Both players scored two touchdowns in their last game and aided the Gladiators in 461 total yards during the game.

The Chargers will have their work cut out for them.

By Tony Clark   In a game that featured 741 combined rushing yards, 99 points and 28 penalties, the Chargers... read more