Four former Crossroads Community Services Board employees — who said they were wrongfully terminated in retaliation for complaints lodged against the agency — have filed a response to Crossroads Board Chairman Sidney Smyth’s motions “craving oyer,” asking they be denied.

A motion craving oyer is a request to a party to place documents mentioned in pleadings into the court record.

In the joint memorandum, the plaintiffs say their “termination followed protected reporting of concerns to the public regarding the misapplication of state funds, including an October 27, 2015 report to the entire Crossroads Board in closed session relaying concerns of each of the Plaintiffs … generally.”

In his oyer, Smyth asked the court to order the employees to “produce emails … and incorporate them as exhibits” to the complaint, referring to an email between Smyth and Crawford, in which Smyth allegedly said he did not have time or the desire to micromanage the agency.

In the new filing, the four former employees say their defamations claims are supported “under Virginia law by alleging specific demonstrably false statements of fact, or such facts combined with opinion, so as to convey a defamatory meaning, and the surrounding contextual facts that support the defamatory meaning and intent alleged.”

They said the alleged defamatory verbiage may be supported by factual context to “both provide the alleged intent and to support claims that the message conveyed was intended to be, and is, defamatory.”

The new filing also alleges that, in a Jan. 15 email, Smyth said and rests his motion craving oyer on a common paragraph — one that includes him saying “If you find that you cannot work within these parameters then I suggest that you and your cronies might want to look elsewhere for employment. On a personal note, I think you need to know that I find insubordination to be despicable … Frankly, if you were my subordinate and I found that you were making end runs behind my back to Board members, I would fire you on the spot … I suggest you either conform, communicate with HER, or move on.”

The plaintiffs also allege Smyth adopted and endorsed statements by Baker, who allegedly said the four were “liars,” said Sinyard was “‘dangerous to Crossroads’ and had lied to the Board in her reporting.”

The memorandum states Baker alleged Morris “did nothing more in her role than ‘schedule’ …” and Baldwin “had insubordinately violated directives regarding a specific project.”

“Plaintiffs have each alleged the statements and surrounding factual context relied upon for their defamation claims,” the four state in the document.

Smyth gave his “full support, acquiescence and ratification” to Baker’s termination of the four, according to the memorandum. “It is a fair inference, for purposes of the demurrers, that Defendant Smyth knew that Plaintiff’s report of fraud or mismanagement were required and protected as part of their employment.”

The memorandum says Smyth “improperly attempts to crave oyer,” citing specific court cases, claiming the oyer is sought “solely as a vehicle is to rewrite allegations of the Complaints for the purpose of supporting demurrers — a straw man to knock down. This is a procedurally impermissible strategy to which Plaintiffs need not consent.”

In their original lawsuits, the four former employees claimed Smyth and Baker “embarked on a plan to terminate senior managers who had reported to the board … the reports critical of operations at Crossroads CSB,” after the employees went to the board on Oct. 27, 2015, concerning the use of state funds. “In the course of the effort to terminate Plaintiff’s employment, Defendants Baker and Smyth defamed Plaintiff.”

Morris, Baldwin, Crawford and Sinyard are seeking damages as a result of the “wrongful termination … contrary to both the common law and the Virginia Fraud Against Taxpayers Act ‘whistleblower’ protections.” 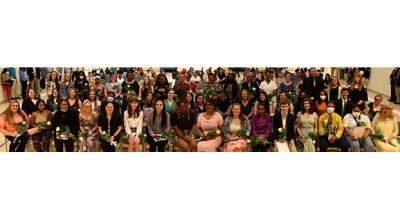