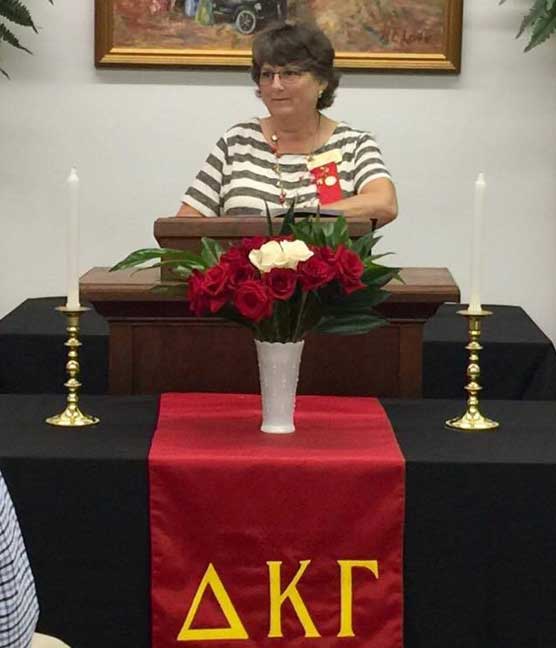 Members of the families of both ladies were invited to attend the ceremony as well as the reception that followed.

Each of these members of Delta Alpha was an outstanding educator who had influenced many lives during her teaching career. Both women had been honored at the district level during their lifetimes for their contributions to their chapter.

The red rose is a symbol of The Delta Kappa Gamma Society. Two lovely white roses in memory of the honorees were placed amidst the red roses on the stand in front of the podium. White candles on either side of the floral arrangement symbolized the light of their influence in their schools and community. The Delta Alpha Chapter is made up of key women educators who have lived and/or taught primarily in Brunswick or Lunenburg counties. Members said they were saddened by the two women’s recent deaths.

The recent Dixie Softball Debs State Tournament was a success for its Kenbridge host in many ways, but there was... read more