Flooding has been reported at the North Meherrin River and Boydton Allen Creek, according to a report from the National Weather Service (NWS).

More than 150 power outages have been reported in two separate areas off U.S Route 360, Patrick Henry Highway Monday afternoon as of 4 p.m., according to an outage map from Southside Electric Cooperative.

The National Weather Service (NWS) has estimated between 3 to 8 inches have fallen in the areas of Lunenburg and Mecklenburg counties today, with flash flooding already occurring.

Kenbridge Town Manager Robyn Fowler advised residents in Lunenburg County to use caution as many roads in the county have experienced flooding or other issues.

“Due to heavy rains, many roads in Lunenburg County are impassable,” Fowler said. “Please use caution when traveling.”

A flash flood warning means that flooding is imminent or occurring, the NWS cited. The NWS encourages residents to move to higher ground if they are in a flooding area.

“Residents living along streams and creeks should take immediate precautions to protect life and property,” the NWS cited.

“Flood waters are moving down the North Meherrin River at Lunenburg,” the NWS cited. “The river level was 16.21 Ft at 1:45 PM and continuing to rise. The river should crest between 17 – 18 Ft with the bridge crossing the river at Crymes Road down stream of the gage expected to be flooded.”

The NWS is advising residents to not drive or walk through flooded areas. 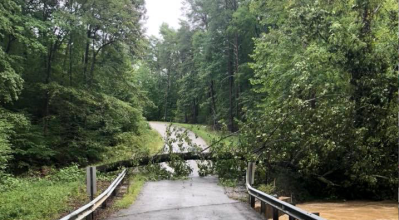 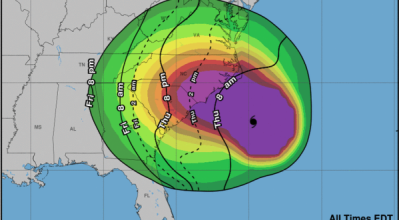 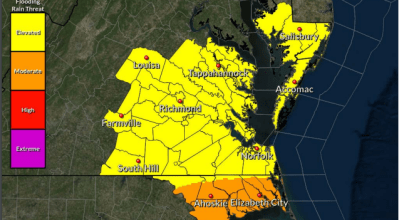