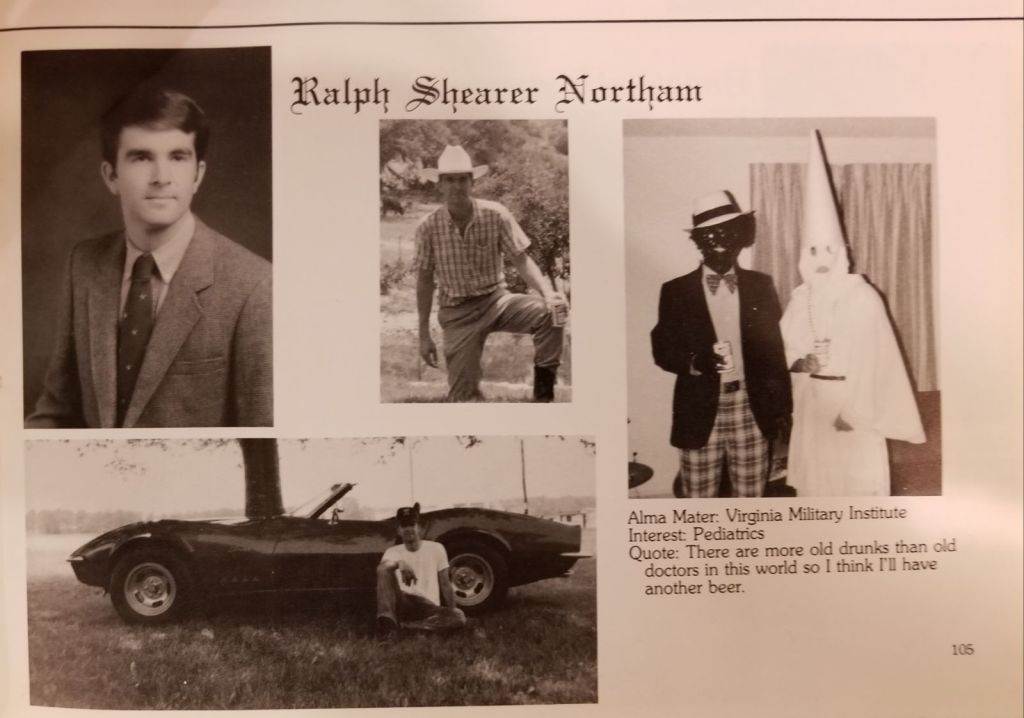 Photo by Brice Anderson For The Richmond Times-Dispatch. Pictured is Ralph Northam's 1984 yearbook page from Virginia Eastern Medical School. The photo of two people, one wearing Ku Klux Klan robes and the other wearing blackface, raised calls from constituents for the governor to resign.

A photo featured of Ralph Northam in his 1984 yearbook at Eastern Virginia Medical School that involved two people, one dressed as a member of the Ku Klux Klan and one wearing blackface surfaced Friday. Northam responded to the incident Friday evening following reports on state and national media. Constituents call for his resignation.

The yearbook page, with the name “Ralph Shearer Northam” at the top of the page, features a photo of two people. One person is dressed in robes from the Ku Klux Klan. One person is wearing blackface. Northam, in statements he gave in print and on television, did not indicate which of those in the photo is him.

Read Northam’s full statement is below:

“Earlier today, a website published a photograph of me from my 1984 medical school yearbook in a costume that is clearly racist and offensive.

“I am deeply sorry for the decision I made to appear as I did in this photo and for the hurt that decision caused then and now.

“This behavior is not in keeping with who I am today and the values I have fought for throughout my career in the military, in medicine, and in public service. But I want to be clear, I understand how this decision shakes Virginians’ faith in that commitment.

“I recognize that it will take time and serious effort to heal the damage this conduct has caused. I am ready to do that important work. The first step is to offer my sincerest apology and to state my absolute commitment to living up to the expectations Virginians set for me when they elected me to be their Governor.”

This is a developing report. Updates will be available as they appear.