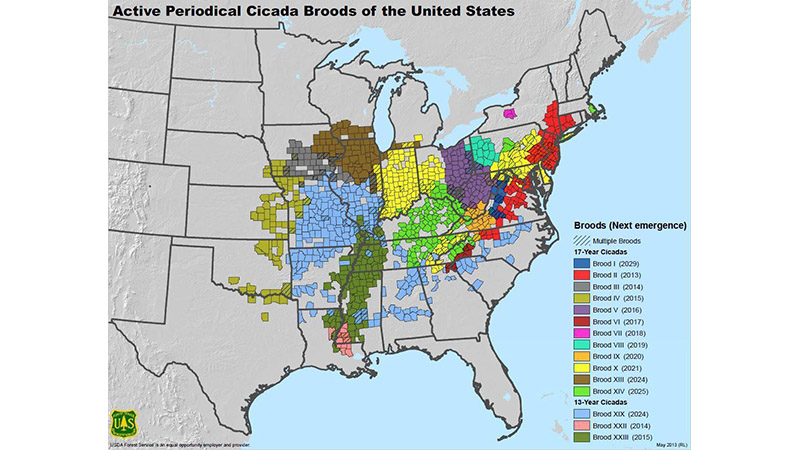 An active periodical cicada broods map from the U.S. Forest Service shows where the Brood X 17-year cicada will emerge.

The buzz this spring has begun with the emergence of the Brood X 17-year cicada in some areas, but chances are we will not hear the loud noises of the large insects.

Some of the places seeing the most reports of cicadas are around Washington, D.C.; Bethesda, Maryland; Knoxville, Tennessee; and Cincinnati, Ohio, according to the U.S Forest Service.

There are three species of 17-year cicadas. Cicadas are large, colorful, fly-like bugs with large eyes and tented wings.

As the male cicadas sing their loud mating songs, some insect enthusiasts label it as the sound of summer.

Brood X is the largest of the 17-year cicada broods, occurring in parts of 15 states.  Periodical cicadas emerge in large numbers when the soil temperature reached 64 degrees and often after a soaking rain.

“Annual cicadas, known as dog-day cicadas in the U.S., are found throughout the world,” said Sandy Liebhold, a research entomologist with the U.S. Forest Service’s Northern Research Station. “But the periodical cicadas emerge in massive groups known as “broods” once every 13 or 17 years and are unique to North America.”

According to the U.S. Forest Service’s map of cicadas, the last time we here in Central Virginia heard the loud buzz was in 2013 when the Brood II 17-year cicada made its appearance.

So, if you’re a fan of insects, you will have to wait another nine years until 2030 until the cicadas emerge here in our area.

According to the U.S. Forest Service, the Brood X cicada will begin to emerge in some parts of Northern Virginia towards the end of May. 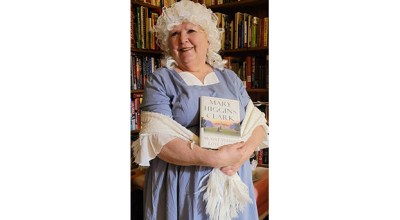