For the love and care of animals

If you live in Lunenburg, you most likely know Ray Elliott and his undying love for animals.

Elliott is the county’s animal control officer, but his compassion for animals goes far from just doing a job.

“We always want what’s best for people and animals both,” Elliott said. “I’m just thankful I can assist in that.” 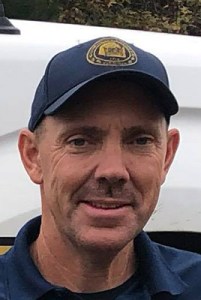 For the past five years, while most of us enjoy Thanksgiving Day with family eating delicious foods, Elliott spends 12 hours in a dog kennel at the Lunenburg County Animal Shelter, all in the name of bringing awareness to the community of the overpopulation of cats and dogs in the county and the need for having animals spayed and also neutered while raising funds for the Southside SPCA.

“I’m just giving a little of my time,” Elliott said. “Twelve hours without any food is not that bad for me, but think about that dog that someone dumped out … he might be able to find him a little water somewhere, but not food all the time.”

If you talk with Elliott, he is quick to point out that what he does is not about him or seeking any type of attention.

The award “recognizes an animal control officer who has made a significant contribution to improving the image of the animal control profession in his/her community.

Elliott gives much credit to his success to the Southside SPCA staff and the Lunenburg Animal Hospital staff, who he says both make his job easier.

“A strong faith in God and a good family foundation also helps,” he said. “I love what I do, and my wife supports me a lot. This is a 24/7 job, and it takes a strong spouse to support this type of profession.”

Giving the gift of speech