Tappy named Pitcher Of The Year 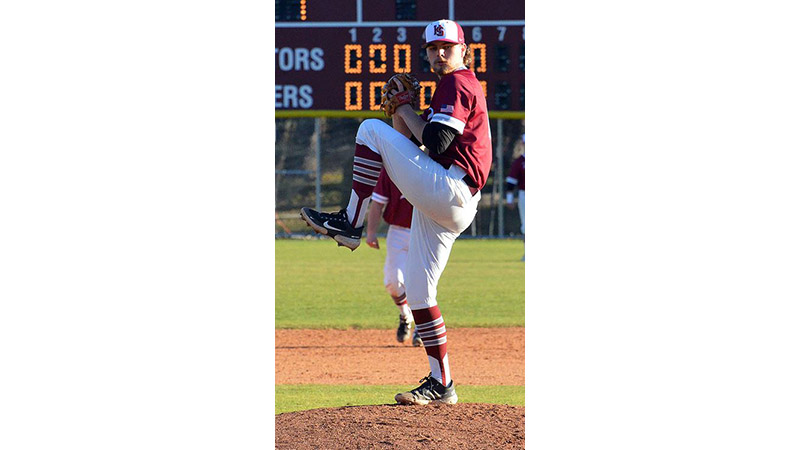 Tappy on the mound. (Photo by Thomas Wehner)

Hampden-Sydney College junior right-handed pitcher Owen Tappy (Charlotte, North Carolina) has been recognized by the Southern Collegiate Baseball League (SCBL) as its 2021 Pitcher of the Year, along with his recent selection to the 2021 All-League Team. The SCBL features six teams in its summer wooden bat league of collegiate players.

“This is a great honor for Owen,” 19th-year H-SC head coach Jeff Kinne said. “The SCBL is a great summer league with a high quality of play. Owen has worked hard to get where he is at, both on and off the field. The coaching staff is excited for him to step-up and take a major role on the mound in 2022.”

Tappy made 10 appearances for the Charlotte North Carolina Mustangs this summer with six starts and one complete game, while compiling a 4-2 record with a 2.48 earned run average and 40 strikeouts in 40.0 innings pitched and just four walks issued. He led the SCBL in ERA, was tied for second in wins and was fourth in strikeouts. Owen has made 18 career mound appearances during his first two seasons with the Tigers, all in relief, with a career record of 5-1, a 4.91 ERA, 33.0 innings pitched, 32 strikeouts and seven walks.

H-SC completed the 2021 campaign with a final record of 18-14 overall, including 12-10 in the Old Dominion Athletic Conference (ODAC) for fifth place among 12 schools. The 18 wins were the most for the program since 2017 (21). The Tigers are scheduled to open the 2022 campaign against Moravian (PA) on Feb. 19, 2022, a doubleheader beginning at noon on Yank Bernier Field at the Ty Cobb Ballpark — Wurdeman Stadium.