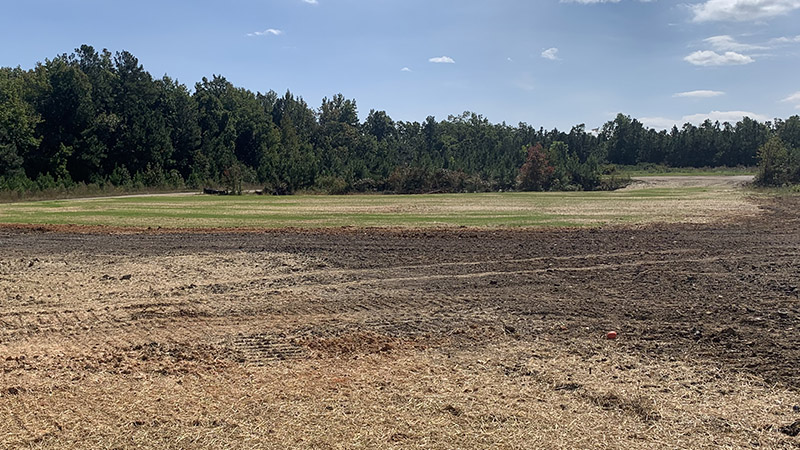 The site where the former middle school once stood is now vacant following the demolition of the building.

A project that county officials hope will bring more industry to the area has moved a step further in the process.

Taylor Newton, Lunenburg County’s director of planning and economic development, addressed the Board of Supervisors Thursday, Oct. 14, informing them that the demolition of the old middle school has been completed.

County officials have been working to have the demolition of the building located on Route 40/49 between Kenbridge and Victoria for more than a year with the hopes of making space for new businesses.

According to former clerk of the Lunenburg Planning Commission Glenn Millican Jr., the building was no longer able to be used due to age, water damage and large amounts of asbestos.

“The building has reached the end of its economic life,” Millican said in a December 2020 interview. “It is just sitting there, and it’s very old and just can’t be used. The infrastructure is there,” Millican said. “The water and sewer are there, there is the power to the site, and it is located near a commercial highway, and with the county working on getting broadband, it will be a great location for businesses.”

According to Newton, the county received a $555,000 grant from the Tobacco Region Revitalization Commission to help with demolition.

Newton said she would not know the final cost of the demolition until after Oct. 31.

According to Newton, now that the old school building has been demolished, she has been working with the Virginia Economic Development Partnership (VEDP) to have the site listed.

“Having this site listed will allow for prospective businesses/industries to see the information for the site when going through the state site selection process,” Newton said. “I also am working with the executive director for Virginia’s Growth Alliance (VGA) to promote this site when he is aiding in the recruitment for prospective businesses/industries for Lunenburg County as well as the other localities in VGA.”