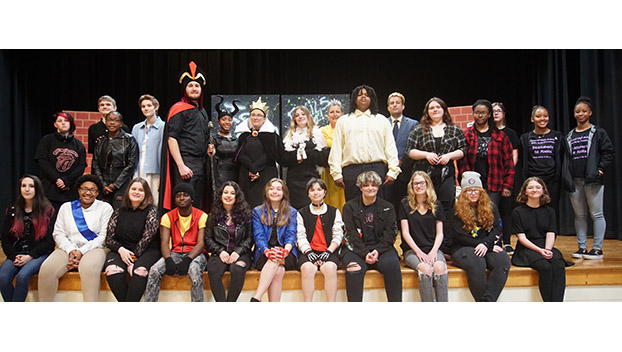 Last weekend’s spring musical the Descendants performed by the Central High School (CHS) theater group was a huge success with over 300 people attending the three shows.

According to CHS Choral and Theater Director Amanda Ellis, 28 students were involved in the cast and crew, including two teachers that were in the musical.

“I chose to do this play because I knew it would be a fun show for our students to learn and perform.” Ellis said. “This is a show that was an original Disney movie that most of the students grew up on.”

Ellis said the movie the Descendants is a story about accepting and loving others, despite where they come from or what they look like.

“This is something everyone can learn from.” Ellis said.