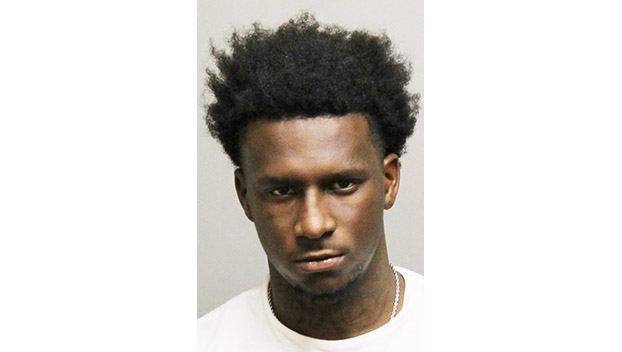 According to a release from The Town of Farmville Police Department at 9:19 a.m., Farmville Police received a report of bank robbery that had just occurred in the 1700 block of S. Main Street. The suspect handed the teller a note demanding money and threatening violence. No weapon was displayed and no one was injured. The suspect fled the area on foot after receiving money from the teller.

Farmville Police officers were on scene in less than two minutes. While canvassing the area, about a block and half from the bank, Sgt. D. L. Bowman located an individual walking on Belmont Circle matching the physical description of the suspect. The individual was detained for further investigation and after execution of a search warrant, a large amount of cash and other evidence of the crime was discovered in the suspect’s backpack.

Devonte’ Alexander Scott, 23 of Chase City, was subsequently arrested for a single count of robbery and was committed to Piedmont Regional Jail without bond.

Farmville Police continue to investigate this incident and anyone with information is asked to call (434) 392-3332, or use the anonymous Tip411 application. Tip411 is available as a free download from both Google’s Play store and the Apple app store, simply search “Farmville PD Tip411.” It is also available on at www.farmvilleva.com. You can also text a tip to 847411, but you must begin your message with the key word “FarmvillePD.”

In the release Farmville Police stated they would like to thank the following agencies for their assistance with the incident: Longwood Police Department; Prince Edward County Sheriff’s Office, Virginia Conservation Police and the U.S. Bureau of Alcohol, Tobacco, Firearms and Explosives.