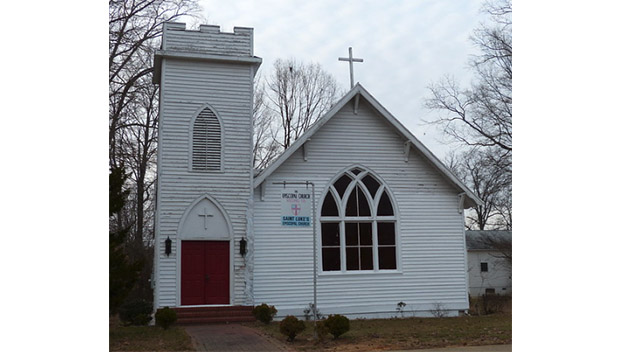 St. Luke’s Episcopal Church in Kenbridge is one of 15 newly approved historical marker sites selected across the state.

According to the DHR’s website, the Virginia historical highway marker program documents facts, persons, events, and places prominently identified with the history of the nation, state, or region.

DHR states that the marker text will read:

“St. Luke’s Episcopal Church, built-in 1926, emerged from a Reconstruction-era mission school and chapel for African Americans known as Trinity. Mary McFarland Jennings, born into slavery nearby ca. 1823 and sent to the North by her white father, had returned to Lunenburg Co. and established Trinity in the 1870s in the now-vanished community of McFarland’s. Her successors moved the mission to Kenbridge and bought land here in 1921 for a new church to be called St. Luke’s. Among its trustees was the Rev. James Solomon Russell, a prominent Episcopal priest and educator. The church served as a temporary classroom when local segregated schools were overcrowded in 1961. St. Luke’s closed in 2021.

DHR’s purpose in erecting markers is to educate the public about Virginia’s history, not to honor, memorialize, or commemorate persons, events, or places. Because highway markers are not honorific in nature, they do not serve the same purpose as monuments, statues, memorial plaques, or war memorials.”

Virginia’s historical highway marker program, which began in 1927 with the installation of the first markers along U.S. 1, is considered the oldest such program in the nation.

Currently, there are more than 2,600 state markers, most of which are maintained by the Virginia Department of Transportation, except in those localities outside of VDOT’s authority.