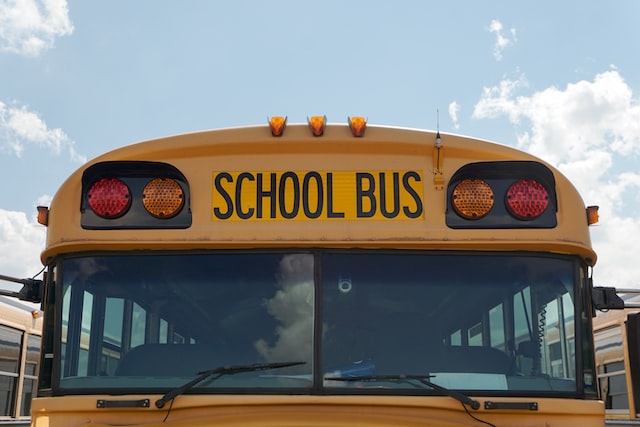 VICTORIA – This year’s accreditation report brought good news for Lunenburg County schools. Every school in the district either met or exceeded state standards in all categories, according to the data released Thursday, Sept. 22. School officials say they’re working to build on that success, to help Lunenburg students continue to grow.

“I am extremely proud of what our teachers, administrators and our students are accomplishing,” said Lunenburg Superintendent Charles Berkley. “We will continue to focus on curriculum and instruction as a school division to do what is best for all of our students.”

If a school doesn’t meet state standards for multiple years, then the Department of Education steps in to help determine what’s needed to address the issues.

Now there are a few exceptions. Elementary schools, for example, aren’t judged on science pass rates because that test is first given in the fifth grade. And to give schools one more year to adjust post-pandemic, the state isn’t including chronic absenteeism in this year’s assessment.

But based on the current data, there’s very little to adjust in Lunenburg, especially when it comes to the high school.

It’s hard to even come close to a “perfect” score, when it comes to accreditation. Each school receives a “quality rating” of Level One, Two or Three. Level One means you meet or exceed the state standards. Level Two means you’re showing improvement, but haven’t quite got there yet. Finally, Level Three means there are issues, as the school is performing below state standards.

At Central Lunenburg High, they came close to perfect. Out of 16 indicators, only four fell to Level Two. The rest came in at Level One. Math was a major highlight for the school, as 90% of students passed or showed significant improvement. By comparison, the state standard comes in at 70%. It’s also a significant increase from 2019, when 73% of Central Lunenburg students passed the math test.

Central Lunenburg’s English data also showed the only achievement gaps at the school. Passing rates for students with disabilities and Black students at the school both improved over previous years, but didn’t quite hit the state standard. Berkeley said his staff are working to fix that.

In English, the pass rates fell just two percentage points short of the state standard. At Lunenburg Middle, 73% of students passed or showed significant improvement. The state standard is 75%. For this case, things are right where we left off before the pandemic. In 2019, 74% of students at the school passed their English test.

The other issue for Lunenburg Middle comes from absences. A total of 18.93% of students at the school are chronically absent from class. It’s not at a point where it becomes a problem, but it still got flagged by the state.

Remember when we mentioned how hard it was to have a perfect score? Kenbridge and Victoria elementary schools can show how. Their passing rates were higher than the state standard in all subjects, they have no discernible achievement gaps and no issues with chronic absenteeism.

The rates were almost as high at Victoria Elementary, with 85% of students passing English. In math, the number was 84%. Both rates are within two percentage points of the school’s previous numbers in 2019, where 83% passed English and 86% passed math.

Berkley said he was proud of the achievements for all Lunenburg County schools and expected numbers to keep growing as we move out of the pandemic.

“Last year was our first full year of in-person instruction since the COVID-19 pandemic and our SOL scores and our recovery with growth greatly improved,” Berkley said. “We are not where we want to be, but we feel our scores and our learning growth will continue this year, getting all students closer to what we and the state want.”

For more on how the district fared in SOL testing, click here.