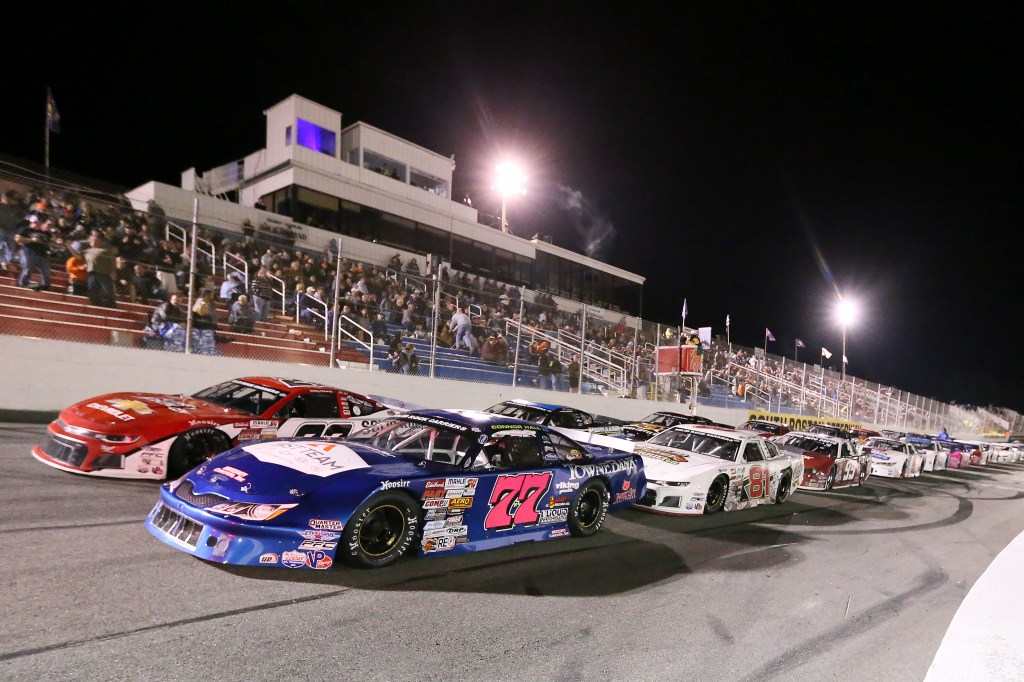 The season is quickly winding down for the Solid Rock Carriers CARS Tour and the CARS Tour Commonwealth 225 on Saturday afternoon, October 22 at South Boston Speedway shapes up to be a pivotal event in determining the series championship.

Fans will be treated to a full afternoon of racing action, with the first race of the doubleheader event getting the green flag at 3 p.m. The CARS Tour Commonwealth 225, the next-to-last event on the CARS Tour schedule, will feature a 125-lap race for the tour’s Late Model Stock Car Division and a 100-lap race for the tour’s Pro Late Model Division.

The battle for the championship in both the Late Model Stock Car Division and Pro Late Model Division is a close one. Carson Kvapil, who drives the JR Motorsports entry, will be returning to competition in the October 22 event after serving a one-race suspension. Kvapil still holds the lead in the Late Model Stock Car Division but Kaden Honeycutt of Aledo, Texas narrowed the gap considerably with a win in the series’ most recent race on Friday night, October 7 at Ace Speedway.

Honeycutt has the hot hand right now, winning at Ace Speedway and following it up with a win in a Late Model Stock Car race the next night at Orange County Speedway that was worth $10,000.

On the Pro Late Model side, Caden Kvapil earned his second win of the season at Ace Speedway. That victory has put Kvapil within striking distance of Pro Late Model points leader Luke Fenhaus, who finished third in that race, in the chase for the division championship.

The October 22 CARS Tour Commonwealth 225 race day schedule has rotating practice sessions for the two divisions from 8:15 a.m. until 9:45 a.m. Grandstand gates will open at 12 noon and qualifying starts at 12:15 p.m. There will be an on-track Fan Fest driver autograph session at 1:15 p.m. and the first race of the afternoon will get the green flag at 3 p.m.

Advance adult general admission tickets are priced at $15 each and are available through Friday night, October 21 on the South Boston Speedway website, www.southbostonspeedway.com. Also, advance tickets may be purchased at the South Boston Speedway office during regular office hours between 9:30 a.m. and 5 p.m. Monday through Friday and by calling the speedway at 1-434-572-4947 or toll free at 1-877-440-1540.

Tickets purchased at the gate and online on race day are priced at $20 each. Children ages 12 and under are admitted free when accompanied by a paying adult.

The final event on South Boston Speedway’s 2022 schedule is the SoBo Drifts powered by Barlow’s Tire on Saturday afternoon, October 29.

This event will be the second drifting event hosted by South Boston Speedway this season.

Admission is $10 for adults and tickets will be sold only on the day of the event. Children ages 12 and under will be admitted free when accompanied by a paying adult. Concessions will be available at the refreshment stand located in Turn 3.