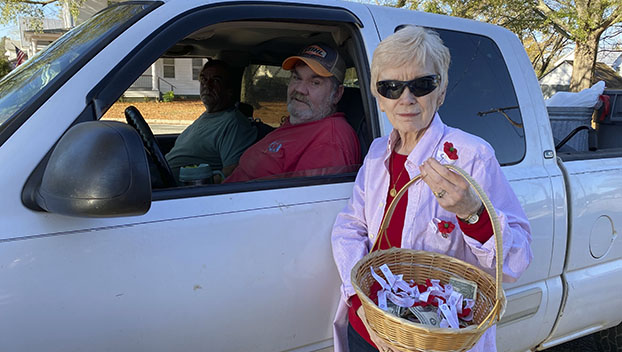 Proceeds will be used for the benefit of Veterans and for programs that serve them.

Before Memorial Day in 1922, the VFW conducted its first poppy distribution, becoming the first veterans’ organization to organize a nationwide distribution.

The poppy soon was adopted as the official memorial flower of the Veterans of Foreign Wars of the United States, as it remains today.

In 1923 the organization decided that VFW Buddy Poppies would be assembled by disabled and needy veterans who would be paid for their work to provide them with financial assistance. The next year, disabled veterans at the Buddy Poppy factory in Pittsburgh assembled VFW Buddy Poppies. The designation “Buddy Poppy” was adopted at that time.