There are plenty of arguments to be made for or against solar projects, but Lunenburg County’s Planning Commission used none of those against the proposed ... Read more 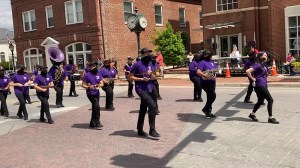 The sound of drums coming down Main Street in Farmville provided a change in tone from the sirens of dozens of fire trucks as the ... Read more

Even the most ardent opponents of Virginia Gov. Ralph Northam’s administration must have some amount of respect for the magnitude of change that has been ... Read more 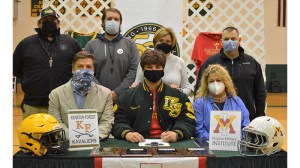 Fifth District Congressman Bob Good was one of only 12 members of the House (all Republicans) who voted against a resolution Wednesday, March 17, to ... Read more

The problem of Lunenburg County’s lack of access to high-speed internet may be being solved just west of here in Wise County. Titus Mohler’s story ... Read more

The slow work of restoring power to Southside Electric Cooperative (SEC) customers continued with more than 900 workers in the field Monday as the coop ... Read more

More than 2,300 remain without power

SEC brings in more crews; outage number down to 2,660

Southside Electric Cooperative (SEC) said it has made significant progress over the past 24 hours restoring power to more than 1,000 homes, but the cooperative ... Read more