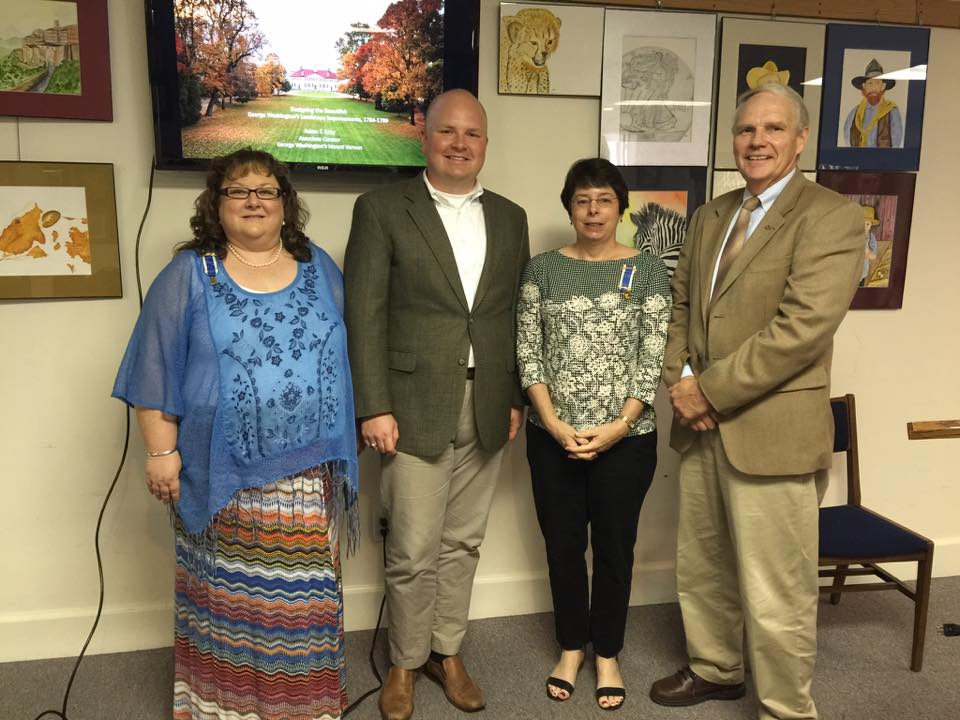 The guest speaker at the September meeting of the William Taylor Chapter NSDAR meeting was Adam Erby (second to left), shown here with his parents (right) Merny and Gordon Erby, of Victoria, and Chapter regent (left) Shelia Amos.  Erby, who holds degrees from the University of Virginia and the University of Delaware, concentrated his study on American material culture. As associate curator at Mount Vernon, he has contributed significantly to several room-restoration projects and was the lead curator of the exhibition “Garden & Groves: George Washington’s Landscape at Mount Vernon.” His essays on that subject were published in the illustrated book, “The General in the Garden.” Erby’s interesting presentation to the DAR detailed George Washington’s landscape improvements from 1784 to 1789. Visitors to Mount Vernon today can enjoy the nation’s first president’s plans for redesigning the estate from strictly utilitarian gardens to “pleasure grounds.”

Church and Community Events for the week of Sept. 28