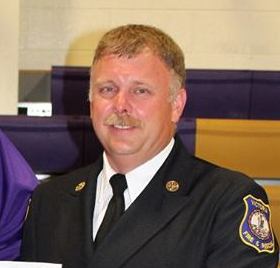 Rodney Newton has been hired to oversee a reorganization of the Kenbridge Emergency Squad Inc., Lunenburg County and local officials said in a joint statement issued Monday afternoon.

The joint statement by the Kenbridge Town Council and Lunenburg County Board of Supervisors said Newton’s duties as the squad’s administrator will include reinstatement of its 501(c)(3) tax-exempt status, revision of its by-laws, increasing membership, improving call response times, implementing financial policies, and retaining grants from the state.

Newton said he does not know the number of volunteers the Kenbridge squad has, but that it is “still functioning, still answering calls.” He said there has been mutual assistance to supplement the squad’s efforts, “but (they’ve) been able to answer the majority of calls.”

The Kenbridge council and the Lunenburg supervisors met jointly with the Kenbridge squad on Monday, September 21, 2015 to “address recent concerns with operation and membership,” the statement said.  The supervisors and council offered to fund an administrator to oversee a reorganization of the squad, and following discussion among the three entities, the squad’s members voted unanimously to accept the offer, the statement noted.

Participation is the problem, Newton said. Increased regulations has certainly curtailed some participation – he noted it takes six months to a year  for a volunteer to achieve certification – but the biggest hindrance has simply been changing demographics, he said..

“There is a lack of volunteers,” he said. “That’s a nationwide problem.

“Pretty much you go to any agency in Southside Virginia and you will find the same problem. I think a lot of it is just a lack of time. Being in a small community we don’t have a large pool to pull from.”

For years now, the local departments have had to supplement its volunteers with paid squad, usually during the day when many of the volunteers are working in other localities, Newton said. Nighttime shifts have usually been covered by volunteers, he said.

Now there is the possibility of having to pay for more staffing, he said. And beyond that, he said, he is preparing to review every aspect of the squad’s operation, everything from its finances to its staffing and training. “The whole nine yards, right now,” he said.