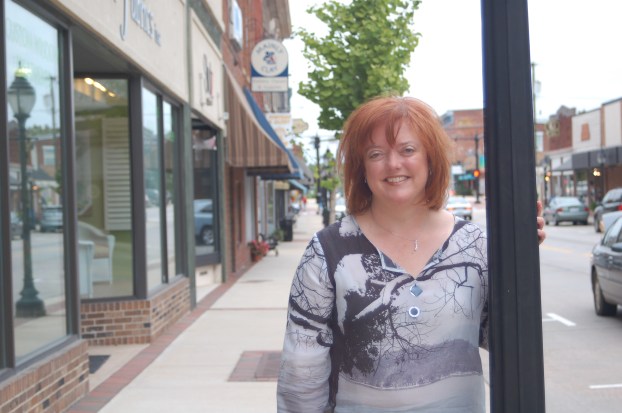 It’s official — Farmville is one of the “Best Places to Start a Business in Virginia.” According to a recent study by NerdWallet, Farmville ranked 11th out of 112 Virginia communities with a population of 5,000 or more.

That Farmville is a business-friendly town comes as no surprise to Sherri McGuire, executive director of Longwood’s Small Business Development Center (SBDC).

Farmville, McGuire noted, is a regional hub for economic activity and serves as a shopping destination for surrounding counties.

“The Town of Farmville is extremely business friendly, working with potential, business owners and existing business owners to make this a great place to live, work and play,” the SBDC director said.

Other contributing factors to the local business climate include tourism from High Bridge Trail and other local state parks.

“Associated businesses, such as The Outdoor Adventure Store, are growing due to the development of local tourism,” McGuire said.

“Such facilities serve the community not only with health care but with financial support for community organizations,” SBDC’s director said.

Other localities in the area served by the local SBDC, including the counties of Lunenburg and Charlotte, can benefit from the free services provided to local business owners as well as prospective business owners.

McGuire has served in various roles with the Small Business Administration (SBA) for over 20 years.

“I interned with this center in 1990-91,” she said. After graduating from Longwood with a degree in finance, McGuire was offered a managerial position at Longwood’s SBDC.

‘I’ve been involved ever since,” she said.

McGuire explained that Longwood and James Madison University opened the first SBDC offices in the state after Virginia came onboard with the program in 1989. Longwood’s office has now expanded to include four field offices in Martinsville, Danville, South Boston and Petersburg.

“Because of this funding, we’re not allowed to charge,” McGuire said. “Our consulting services specifically are free.”

Typically the Longwood SBDC works with 60 to 70 businesses in Farmville and Prince Edward each year.

“Of the small businesses we work with, sixty percent are already in business,” McGuire said. “They’re looking at expanding or solving a specific business issues from cash flow to human resources.”

“Sometimes the clients’ decision is validated, and they move forward,” McGuire said. “Sometimes it’s not — and that’s a success, too. When a client is ready to risk their savings on an idea we find is not sustainable, then it’s a better situation for them to invest that money elsewhere.”

A new hour-long group called the Good News Club will begin on Monday. The club is for males and females... read more