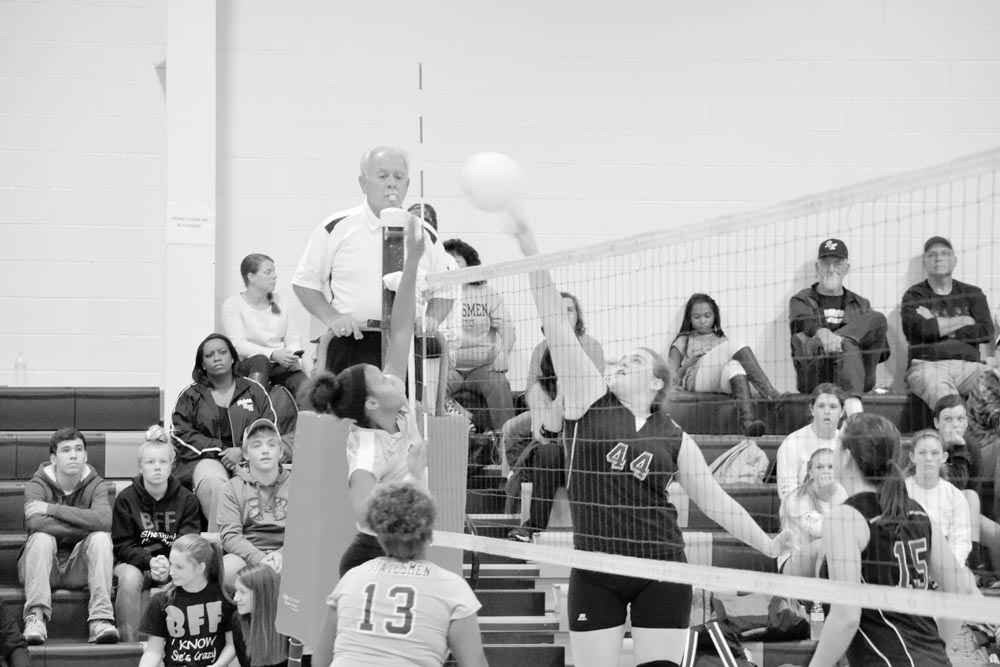 Kayla Anthony tips the ball over the net against R-HHS. (Photo by Chris Baker)

Last Thursday, the Central Lunenburg varsity volleyball team went up against tough rival Randolph-Henry. The Statesmen attacked the Chargers and took a 3-0 win.

Randolph-Henry had control of the first game, for the most part. Lunenburg found its way to stay in the game, such as finding luck on a few Statesmen mishandles. Ultimately the first game of the series was decided by a kill from R-H, punctuating the 25-17 score.

Game two was a see-saw of balls being served out of bounds. The Statesmen would finish the second game with the win, 25-18, putting them ahead of the Chargers 2-0 in the series.

Randolph-Henry had the early 13-9 lead in its third game against the Chargers when Central Lunenburg called a timeout. Lunenburg made things interesting in its comeback on five straight serves, forcing a Statesmen timeout with a 14-13 score. Randolph-Henry scored three straight points out of the timeout and aggressively went on to win the third game, 25-18.

The Statesmen team was led by a hot-handed Lindsey Kunath who had six aces in the game.

The Lady Chargers will host the Buckingham County High School Knights on Thursday at 7 p.m.