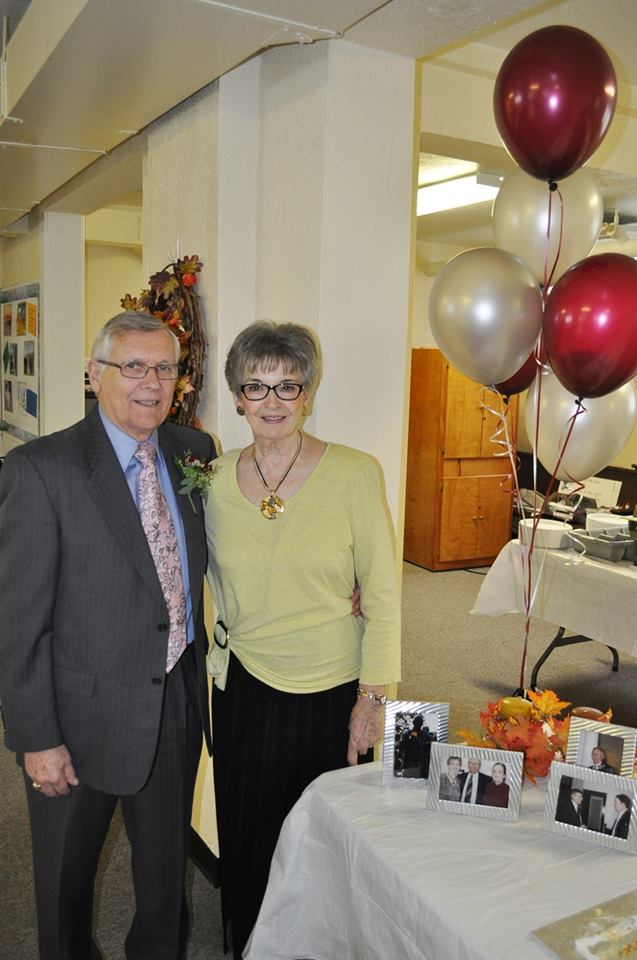 The Rev. Earl Pinchbeck Jr. (left) and his wife, Jean (right), were honored by Victoria Christian Church on Sunday, Sept. 27, for 25 years of faithful service at the church. During the morning service, Earl was entertained by the children during the weekly children’s message. He and his wife were presented with an engraved silver tray and silver bookmark in recognition of their years of tenure at the church. Earl was also presented with a resolution of congratulations and commendation signed by Victoria’s mayor, Carol R. Watson. A luncheon in the Pinchbecks’ honor followed the morning service and concluded with the cutting of a large celebratory cake served with ice cream. The Pinchbecks reside in Victoria, Earl’s hometown.  Victoria Christian Church was organized in 1911. Earl, who has pastored the church for 25 years, has been minister there for nearly a quarter of the church’s history.