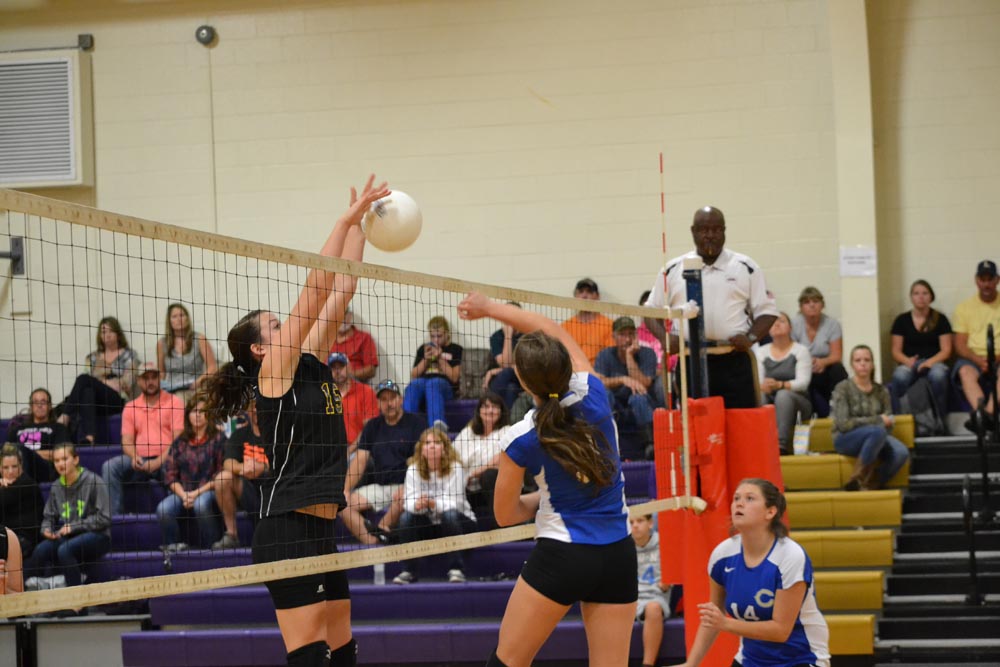 Although the varsity Lady Chargers put up a competitive fight after watching their JV squad win 2-0, the Cumberland High School Dukes took a 3-1 win over Central Lunenburg on Tuesday, Sept. 29 and extended their five-game winning streak.

The first game was hot and cold for both teams as Lunenburg found themselves down 19-14 and called a timeout.

Whatever was said in the Charger huddle during the timeout seemed to work because they came back aggressively and took the lead at 22-21.

Central Lunenburg went on to win game one against Lady Dukes, 25-22.

Cumberland looked to even the series in the second game but were slow to start. The Dukes were down 14-7 when an exciting back-and-forth sequence took place between the two teams.

With a tie game in regulation, Cumberland needed two points to win the game. Allison Gilbert served the game-winning point, evening the series to a win each.

Cumberland controlled the third and fourth game as Bria Anderson started to find opportunities for her 14 total kills on the night.

The Lady Chargers will host the Buckingham County High School Knights on Thursday at 7 p.m.