Battle of The Brains compete in match 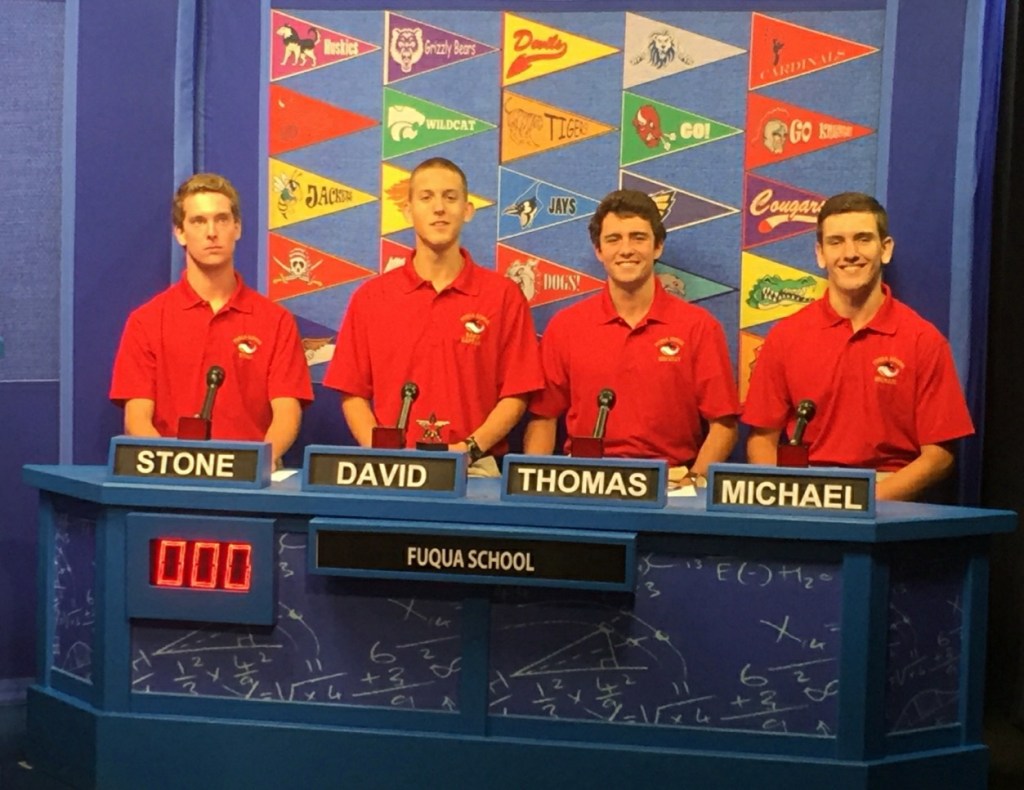 “Excuse me, ladies and gentlemen, we have a battle to win.”

With these words, Bill Wellman, Brenda Meshejian and the Fuqua School Battle of the Brains team strode out of Gilmer Gym to the applause and cheers of the middle and upper school students gathered for the assembly and send-off.

The team was headed to Richmond to compete in the first round of Battle of the Brains, the longest running televised academic quiz show, which pulls from more than 100 schools throughout Virginia.

Captain David Hice led Fuqua to an overwhelming first round lead, and the entire team contributed to holding the lead the rest of the way through the match to score the underdog victory.

Meadowbrook is Chesterfield County’s International Baccalaureate Center of Excellence, and the school is ten times bigger than Fuqua School.

The match was televised on October 10, on WTVR, Channel 6, Richmond.

In the next round of single-elimination competition, Fuqua School faced Warwick High School, a top-seeded International Baccalaureate school from Newport News, and was defeated.

“The team knew what they were facing and practiced to that standard. The team represented the high standards expected of Fuqua students at every moment before, during, and after the match,” said Wellman.

The match will be televised Saturday, Feb. 20, on WTVR CBS6, Richmond.