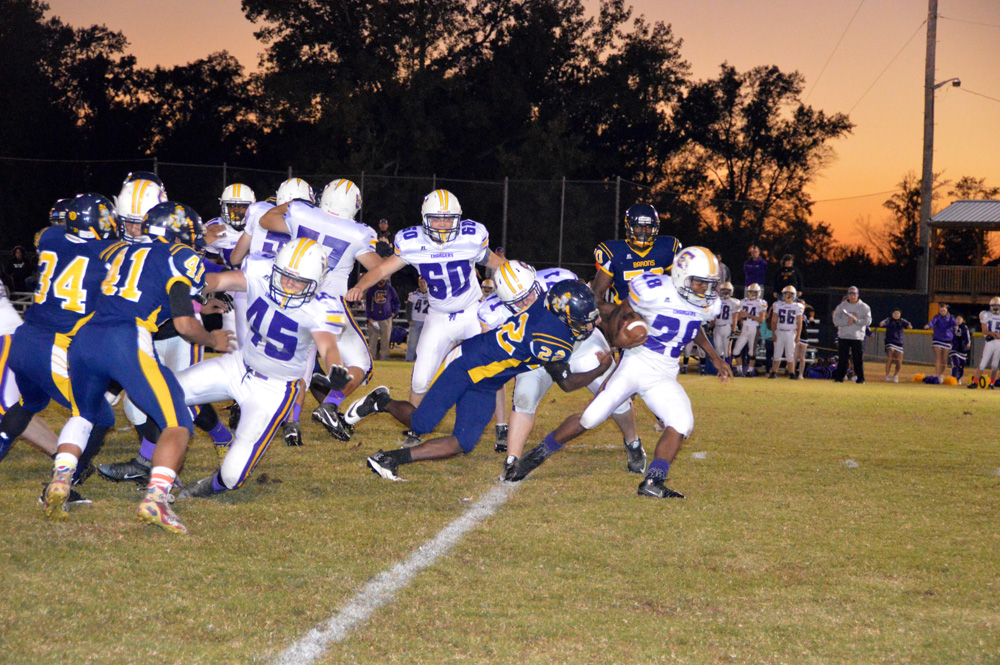 (Photo by Bob Howerton/The News Progress) Central’s Dashawn Moore (right) tries to pull away from Bluestone’s Ja’mier Smith (#22) after a short gain on the opening play from scrimmage, while Daniel Wilkinson (#71) and Bayden Bishop (left) try to block Smith.

The Central Chargers claimed the No. 1 ranking in the Conference 42 standings after defeating Bluestone 40-12 on Friday night. With the win, the Chargers improve to 4-2 overall and 4-1 in the James River District.

“We were a little slow offensively, but we picked it up in the second half,” said Central football coach Will Thomas.

Other touchdown scores were by Joshua Paynter on a quarterback sneak for 2 yards, Dashawn Moore on a 4-yard run and Daveyon Rainey on a 25-yard run. Paynter went 2-for-8 in passing for 31 yards. Rainey had 12 carries for 76 yards, while Moore had 11 carries for 53 yards. Benjamin Atkins had two extra points.

The Chargers finished the night with 395 rushing yards.

The Chargers will return to their home field on Friday when they host Goochland High School at 7 p.m.