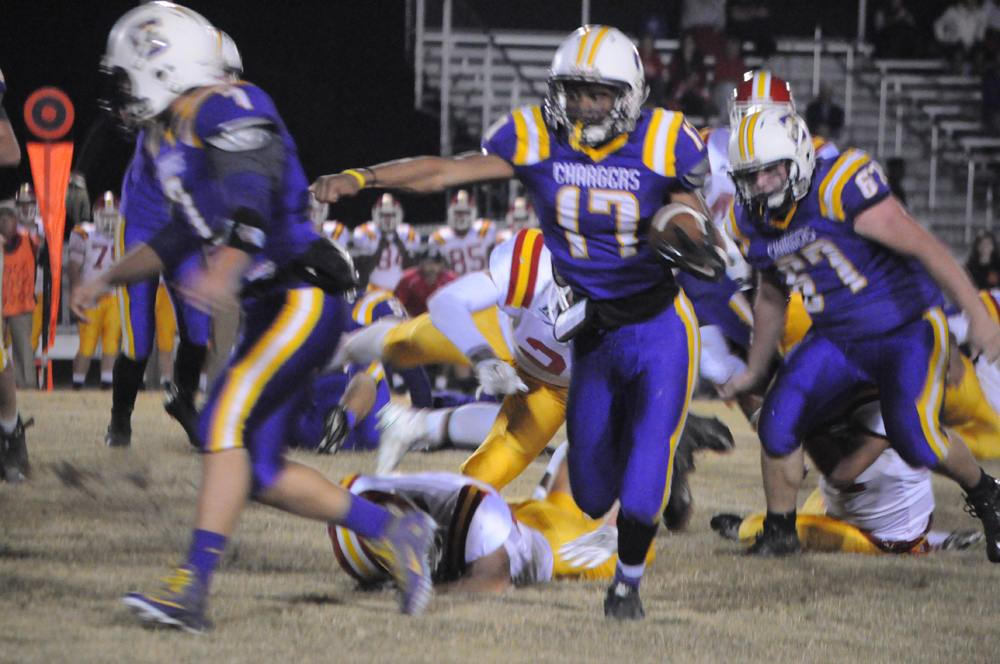 Keaun Baskerville broke a Central High School record on Friday night as he rushed for 352 yards in the Chargers’ 48-14 win against Amelia.

Baskerville led Central’s offense which finished with 600 yards during the game. He also scored three touchdowns.

Dashaun Moore was a key player with 162 yards rushing and two touchdowns on the night. Raymond Alexander and Brandon Scott each had a receiving touchdown that was thrown by Josh Painter.

“Our defense played great,” said Central Lunenburg varsity head football coach Will Thomas. “We had two interceptions … Amelia’s quarterback, William Green, had only been picked off twice the whole year.”

With the win the Chargers improve to 6-3 overall and slip into the No. 7 rank in the VHSl 1A East standings. With only one regular-season game left, the Chargers are a shoe-in for the playoffs.

“We don’t know who we will play yet. I think we are in, and if we win this Friday we will definitely be in (the conference playoffs),” Thomas said.

The Chargers will host Cumberland High School on Friday at 7 p.m.

The Dukes are 2-5 overall and have no playoff contention since they opted out of playing Goochland and Buckingham this season.