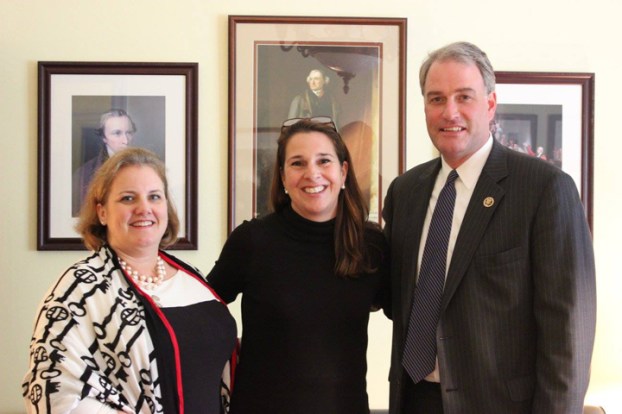 Last week, we saw a remarkable moment in our history as Paul Ryan was elected as the 54th Speaker of the House of Representatives. The position of speaker is one of great significance in our constitutional system; the speaker is third in line to the presidency and is responsible for managing the functions of the House.

Indeed, we rely on the modern speaker to articulate the House majority’s message and play a strong role in advancing our priorities in debate with the Senate and the president.

With the election of Paul Ryan, who was supported by an overwhelming majority of our conference, we have renewed opportunities to advance positive reforms on behalf of the American people. I believe speaker Ryan is uniquely qualified to unite our conference and lead a conservative and results-oriented House of Representatives.

For several years, he has driven the debates on responsible fiscal policy, strengthening and preserving retirement programs, and a pro-growth economic agenda.

It is my hope that he will aggressively advance a positive vision for our nation and continue to be an effective spokesperson for our majority.

Upon taking the speaker’s gavel, Ryan articulated his priorities and philosophy that will guide him in the days to come.

He spoke first about the need for civility and cooperation among Democrats and Republicans, understanding that we are all elected to fulfill a common purpose – to serve the American people.

He focused on the vital importance of including all members and viewpoints in the development of legislation. The House is a marketplace of ideas, and Ryan clearly believes that all ideas should have an opportunity to be heard so the best ones emerge.

Our founders crafted the legislative process to encourage collaboration — not stifle it — and Ryan appears committed to such collaboration to generate better end products.

He outlined the key issues he is eager to address — our broken tax code, our irresponsible debt, fulfilling our commitment to our military personnel and our veterans, delivering true healthcare reform, and jumpstarting our economy.

I am encouraged by the new opportunities that the transition to speaker Ryan brings.

Though the House leadership is changing, my commitment to Virginia’s Fifth District remains the same.

I am looking forward to moving on to the urgent business at hand — adopting policies that promote job creation, fiscal responsibility, and our constitutional principles — on behalf of the American people and I am hopeful that speaker Ryan will continue to lead these efforts.

Robert Hurt, a Republican, represents Lunenburg County in the U.S. House of Representatives. His website is hurt.house.gov. He can be reached at his Farmville office at (434) 395-0120.

While I am writing this before Election Day, it will appear after polls have closed. By that time, we will... read more