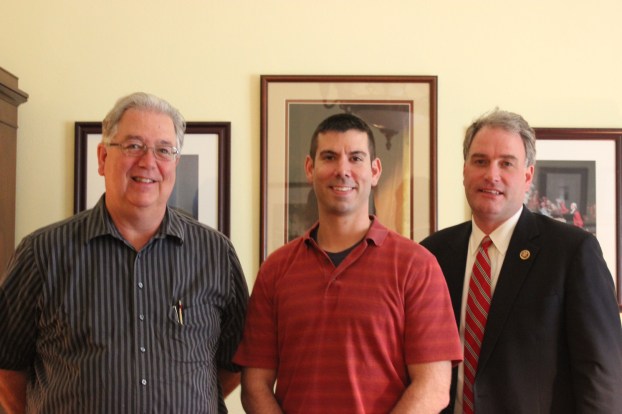 As we commemorate Veterans Day, we remember with gratitude all those brave service members who throughout American history have courageously fought to preserve our freedoms.

We gather as a nation to honor and pay tribute to those who have selflessly served, and I hope you will join me in thanking all of our veterans — as well as our troops both at home and abroad — who have given so much to defend this great nation.

We owe these heroes a level of care and service worthy of their sacrifice, and while we have made progress in restoring our ability to fulfill that promise, the Department of Veterans Affairs continues to be plagued by mismanagement that is negatively impacting our veterans.

Just last week, a report indicated that over 2,500 VA employees took more than a month of paid leave last year, which cost an estimated $23 million in salary alone, yet the VA cannot document or explain the instances.

This is another unfortunate example of the culture of carelessness and inefficiency that has pervaded the department for too long.

Ultimately, the president bears the responsibility of changing the course of this agency as our commander-in-chief, but he has not done enough to remedy these urgent issues.

Given the heavy price all our soldiers paid, it is clear that we must renew our commitment to care for those who have served and pledge to maintain that commitment to those who will answer the call to serve in the future.

It is my belief that applying more private sector scrutiny to the veterans’ health system is one way to bring about greater efficiency and accountability in service delivery.

In July, I introduced the Veterans Administration Legislative and Objective Review (VALOR) Act with Congressman Tim Walz (D-Minnesota), which requires that the Department of Veterans Affairs (VA) undergo a biannual, independent audit by a non-governmental entity.  Given all the VA’s major shortcomings, it is clear we must do more to maintain effective oversight over the agency to prevent problems from getting out of control.

The VALOR Act ensures that the VA has another set of eyes on its practices, operations, management, and progress in implementing new reforms.

We must be diligent in our effort to change the culture of the VA so it can return to fulfilling its critically important mission — our veterans deserve nothing less.

This year also provides a unique opportunity to recognize veterans who served in Vietnam, as 2015 marks the 50th Anniversary of the commencement of combat operations in the Vietnam War.

In early December, I look forward to hosting recognition ceremonies in South Hill, Danville, Bedford, Charlottesville and Warrenton to recognize the brave men and women who served our country during the Vietnam War era.

It is my hope these ceremonies will provide an opportunity to recognize the sacrifices of our veterans, who are indeed our peacemakers.

If you or a veteran you know would like to be recognized, please register on our website or call our Danville office at (434) 791-2596.

I look forward to honoring these brave men and women who so selflessly served our country.

I am humbled by the opportunity to serve Virginia’s Fifth District veterans, and I hope that you will join with me this Veterans Day in thanking all of those who have and continue to serve this great nation.

Robert Hurt, a Republican, represents Lunenburg County in the U.S. House of Representatives. His website is hurt.house.gov. He can be reached at his Farmville office at (434) 395-0120.

Over the past few months, The Kenbridge-Victoria Dispatch has gone through a lot of changes. We have changed ownership, launched... read more