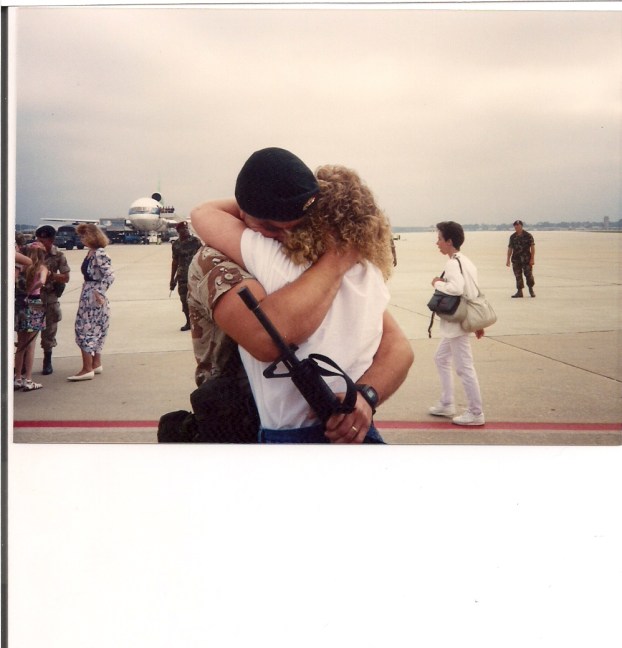 Veterans Day is a day that many may forget the meaning of — but not Dennis Mason.

Mason, who is married to Lunenburg native Donna Gregory Mason, served in the military for over 20 years and has many stories to tell. But, the lessons he has learned along the way are more important, he says.

“Being in the military has made me more disciplined and smarter. It has taught me to put my best foot forward and has shown me comradery that can exist between friends,” said Mason. “That is the most important thing. You go through the good, bad and ugly with those people by your side. Even when you watch your friends get killed, you deal with it together.”

Mason was born and raised in Iowa and began his military career after graduating in 1980 from Graceland University, where he played college football and baseball. Mason decided to join the Army in 1983 and moved up the ranks in a quick fashion.

His journey began in Fort Benning, Ga., where Mason would go on to graduate basic training with advanced individual training (AIT) and then begin Airborne School.

After Airborne School, Mason traveled to Fort Kobbe in Panama and went into a special forces qualification course in 1988. Right as he was about to enter the course training, he met Donna.

“I worked at Fort Pickett for a little while and I met my wife in South Hill at Brian’s (Steak House),” Mason chuckled. “We dated on and off for a while and then became serious and got married. Military people know that a special forces guy can be gone for months and months out of a year. My wife’s a trooper. She has been through that with me and had to go through some things on her own.”

Sacrifices are just a part of the job, Mason says.

As his career advanced, so did his traveling opportunities. Mason went from third to first battalion third special forces group (ODA 326) and left Fort Bragg for Saudi Arabia around the time he served in the Gulf War.

A few months later, Mason returned to Fort Bragg. He completed a tour with the Special Warfare Center, was an instructor at the Advanced Non-Commissioned Officers Course and at the First Sergeant Academy in Fort Bliss, Tx., was in the 96th Civil Affairs unit under the U.S. Army Special Forces for two years and named First Sgt. at a SERE (Survival, Evasion, Resistance, and Escape) Training school before retiring in March 2004.

Mason and his wife now reside in Sandford, N.C., where he’s a contractor at the SERE school.

“This is a very rewarding occupation and I wouldn’t change anything,” Mason said. “Too many people take veterans for granted today. They don’t realize that there was thousands upon thousands of guys that gave their lives so that people could forget about them.”

Mason says that many people in the Lunenburg community have said “thank you” to him for his service and he believes that more people need to show that gesture.

“Everyone in this country needs to recognize the sacrifices of veterans. People should appreciate what a veteran does for them and not take that for granted. We need to take a moment and say a prayer for those who gave their life for their country everyday.”

VCU Health CMH to host program on living with COPD