When the issue is whether or not to have seat belts on buses, Lunenburg County Public Schools Superintendent Charles M. Berkley Jr. can see both sides of the debate.

The discussion has re-emerged since the National Highway Traffic Safety Administration recently recommended that every child on a school bus should wear a seat belt.

The group pointed to research showing that three-point seat belts can help prevent injuries and save lives. Putting seatbelts on buses could also help teach kids the importance of using them in personal vehicles, the group said.

Maybe they would help, Berkley said. Then again, he said, maybe not.

The advantages of installing seatbelts are obvious: they would keep children from being thrown out of their seats and probably prevent a lot of litigation, Berkley said.

That said, buses have an excellent safety record, Berkley said. Besides being heavy and built to withstand crashes, buses usually travel below the speed limit, and excessive speed is often a factor in accidents, he noted. Bus seats are designed to keep students in their compartment, he said.

“Being a former transportation director … and having seen one built from scratch, it’s probably the safest form of transportation we can provide anybody in the county, state, country,” he said.

The real danger, he said, is the area around the outside of the bus. “More children are killed around a school bus than inside a school bus,” he said. “That’s local, state and national.”

Moreover, were a worst-case scenario to occur, seat belts could make it even worse, he said.

If it were decided to require seatbelts on all buses it would have to be done gradually, Berkley said.

“If you put seatbelts on every bus it would cost quite a bit to seatbelt all those buses,” he said. “Cost would have to be absorbed, and I don’t know where that money would come from.”

The system doesn’t have fund set aside for such an undertaking. Increased taxes or state or federal funds would have to pay the expenses, he said.

The last major accident involving a Lunenburg public school bus was a few years ago when a minivan ran underneath an unloading bus, Berkley said. Only minor injuries were received by the students, he said.

The county has about 50 buses running 32 full-time routes every school day, Berkley said. Every day, two buses get routine maintenance and an inspection. “That’s a standing order,” he said.

Right now, a basic bus – with a capacity of 65 elementary age children and no air conditioning – cost about $75,000, he said. He guesses that adding seatbelts could mean another $10,000.

The current design allows for three children per seat, though that number reduces as the passengers get older and bigger, Berkley said. Adding seatbelts would reduce that number even for the younger children, prompting a need for more buses and more drivers – a problem in its own right. “It’s difficult to find people who are willing to drive a school bus,” he said.

But, Berkley said, in the end those aren’t the important issues. “When you look at a person’s life, cost doesn’t matter.” 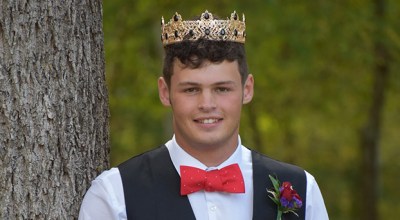