A regional approach to mental health 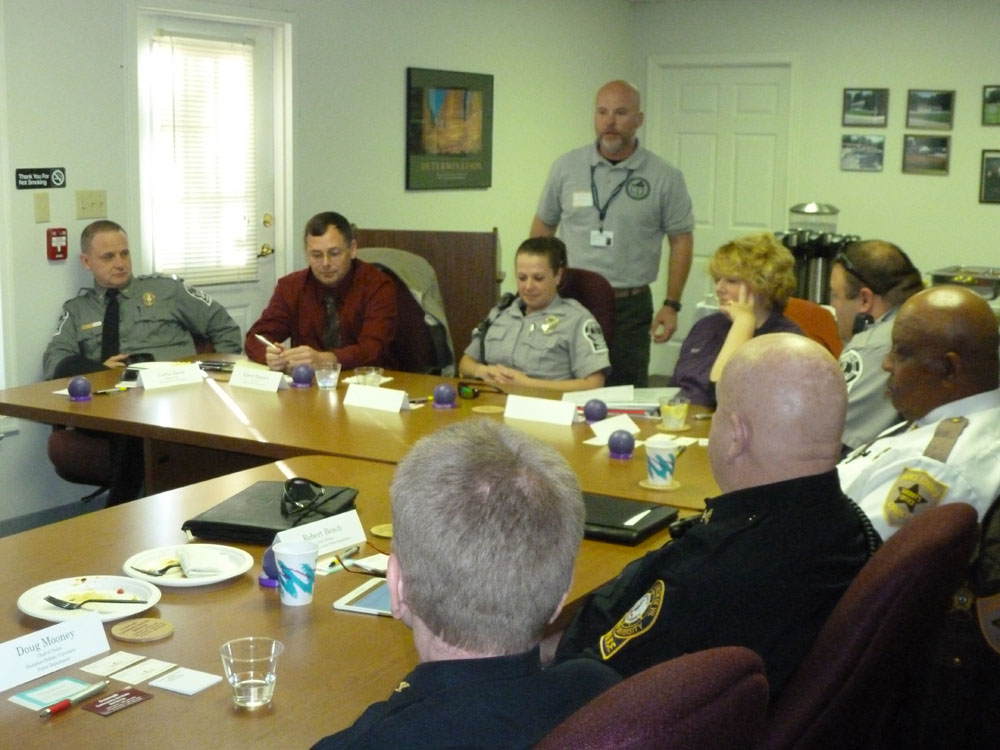 County officials, medical professionals and area police met Monday at Crossroads Community Services in Farmville to discuss plans to implement Crisis Intervention Training, or CIT, for police across Central Virginia, which could change how the entire region handles everything from emergency first response to mental health care.

The proposed CIT course is a 40-hour, five-day curriculum approved by the Virginia Department of Criminal Justice, composed of both classroom instruction and practical exercises delivered by mental health professionals and trained experts.

Part of a program developed and launched in 1988, it has now been expanded nationwide and copied by similar programs in Canada, Britain, Australia and New Zealand.

Joe Burton, a former Henrico County police officer and now the CIT coordinator for Crossroads Community Services, spoke highly of the role that CIT training had on his time working as a police officer, and the potential it has to aid law enforcement locally.

With the rising number of Americans suffering mental health issues from anxiety to depression, ensuring police know how to handle it will be a challenge for law enforcement nationwide.

“Mental health is going to be a challenge for law enforcement for the long term, the numbers are going to continue to rise, and we want to best prepare and educate our law enforcement so they can rise to the occasion,” said Burton.

One thing that Burton, himself a U.S. Army veteran, praises about the program is how it addresses the growing number of veterans coming back from war with a host of mental health issues.

Robert Beach, chief of police at Longwood University, has been involved in similar programs in Northern Virginia over the course of three decades, and has high hopes for a similar program here.

“Community resources are spread very thin in Central Virginia, and a lot of smaller local departments are spread thin across every shift,” said Beach.

One of the key appeals of the CIT program, it can take 4-8 hours for police to address and process such a situation.

“The degree of management this program would allow local police would be of critical importance,” said Beach.

Implementation will not be without its challenges, but as Cheryll Mullooly, LPC, director of emergency services at Crossroads, is fast to point out, the program will provide a muchneeded boost to mental health care, reduce law enforcement workload and allow both to better serve the community.

Next year will be a big year for development for CIT locally with training in January, starting the first 40-hour CIT School in March and hopes of opening a crisis receiving center in Farmville in July.