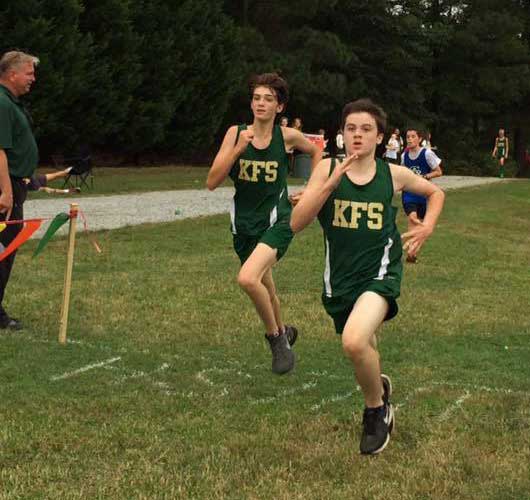 The Kenston Forest School varsity cross country teams traveled to Southampton Academy Sept. 29 for a meet that storms and rain could not stop as the sun appeared just in time for the Lady Kavaliers victory.

Berkley Rose, an eighth-grader, placed first, Julie Jiao was second, and again the majority of the girls placed in the top ten.

On Oct. 6, the Kenston Forest cross country team hosted a meet on campus and the girls placed first, with Rose placing second — one second behind the first place runner. Jiao placed third, not far behind her teammate. Senior Caroline Cumbea placed fifth.

Again, the majority of the girls placed in the top ten.

The KFS course is new this year, and many of the runners commented on the difficulty of the course due to the hills.

The varsity boys team had a strong showing in the meet. Ethan Drury was the highest ranking KFS boy, finishing with a time of 23:51. Ryan Davis and Phenix Underwood were not far behind with times of 26:33.

New accomplishments for many of the Kenston Forest School athletes were made at Blessed Sacrament on Oct. 13.

Ethan Drury was the highest ranking KFS boy to finish with a time of 21.30. 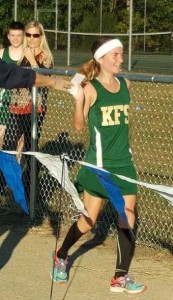 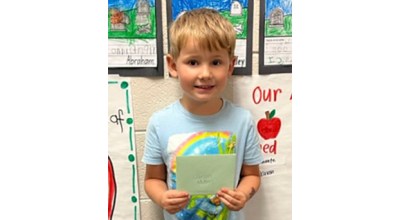