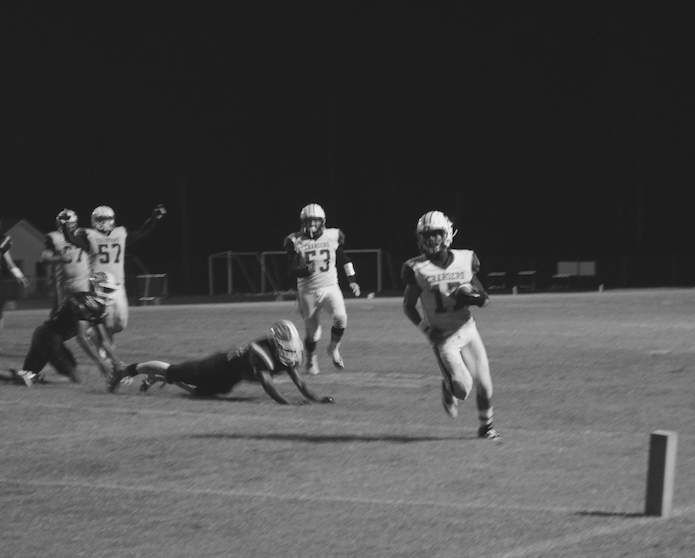 “They are a good football team,” Chargers Head Coach Will Thomas said. “Their defense shut our run game down, and we couldn’t sustain drives.”

The Bulldogs (9-0) scored first in the first quarter, but Central kept up, as senior Malik Foster scored on a 1-yard run.

Goochland bolted out in front in the second quarter to take a 28-7 lead at halftime. The third quarter was a scoreless one, but the Chargers put some more points on the scoreboard in the fourth quarter when Foster ran for a 12-yard touchdown.

Central was limited on offense to 223 yards, with Foster the primary contributor. He had 21 carries for 128 yards and two scores and also went 4-for-9 passing for 40 yards. Senior Dashawn Moore had 16 carries for 47 yards.

“I didn’t feel like we gave them our best game but my hats off to their players and coaches because they are a good football team,” Thomas said.

With the loss, Central (6-2) drops from fourth to fifth in Region 1A East but is still firmly in place as a playoff team. Entering their game against Goochland, the Chargers were riding a six-game win streak, not having lost since its season opener against Altavista High School on Aug. 26.