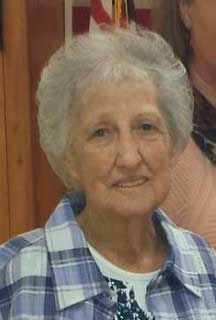 Carolina Katherine Cole, 77, of Lunenburg County, went to be with the Lord on October 25, 2016.  She was predeceased by her husband, Raymond Cole, her parents, Zack and Mary Atkins, two sisters and a brother.

She was a devoted homemaker and enjoyed caring for her grandchildren.

Services were held Saturday, October 29 at 5 p.m. at Staples Funeral Home, Victoria. The family received friends following the service from 6 to 8 p.m.

There was a graveside service at Olive Branch Cemetery in Portsmouth on Sunday, October 30 at 2 p.m.  Clarke & Staples Funeral Home was in charge of arrangements. Online condolences may be made at www.staplesfh.com.