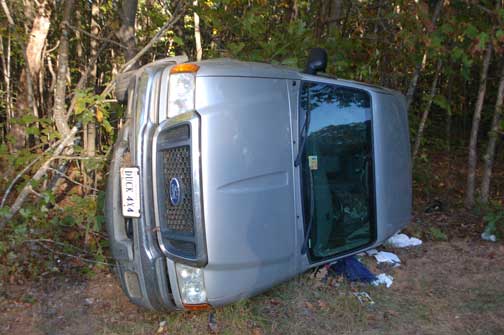 Two wrecks, one Saturday afternoon and one Monday morning, kept officials busy in the county. Around 5 p.m. Saturday, a Ford ended up on its side after the driver — described as a minor — apparently went around a curve too fast and overcorrected. The driver was reportedly transported to Farmville and then released. Around 7 a.m. Monday morning, the driver of the black Hyundai apparently drove off the side of Old Mansion Road. It was unclear if the driver had been transported for treatment. (Photos by Wanda Fix)