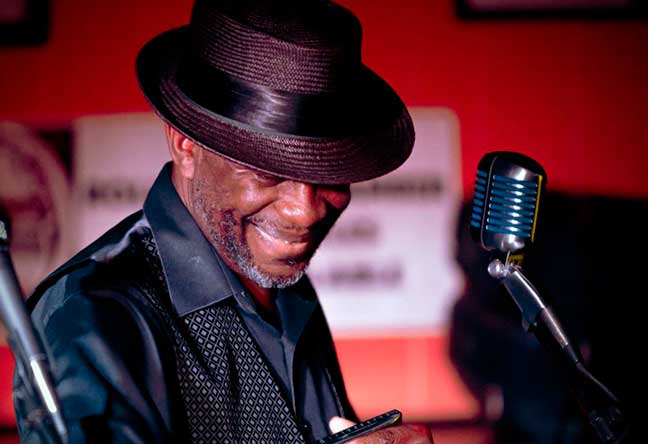 Bobby BlackHat Walters and his Blues Band will perform in Kenbridge on Nov. 19.

Bobby BlackHat Walters and his Blues Band will perform Nov. 19 at 7 p.m. at Kenbridge Town Hall, 511 E. 5th Ave., as part of a silent auction and bake sale event to support local Lunenburg charitable organizations. Among the beneficiaries will be performing arts assemblies at each school in the county for the 2016-17 school year.

Lunenburg Charity Fund Inc. (LCFI) is sponsoring the event. The doors will open for the silent auction and bake sale at 5 p.m.

The bake sale will focus on pies for Thanksgiving — chocolate, coconut, lemon and pumpkin.

Bobby BlackHat and his Blues Band will be the highlight of the evening. Having performed internationally, Walters will bring his talents to the Kenbridge stage. He is a 27-year retired Coast Guard commander who served the president and was awarded the Coast Guard Medal for heroism.

Walters’ talents include being a songwriter, harmonica (harp) player of 40 years, entertainer and recording artist. Having opened for Blues legends B.B. King and Taj Mahal, he has also shared the stage with Kenny Neal, Bill Deal and the Rhondels, Eddie Shaw and Jackie Scott, to name just a few. His awards include being a 2016 Memphis International Blues Challenge Finalist, winning the 2016 Veer Music Award for Best Blues and Song of the Year, and the 2012 and 2015 Blewzzy awards for Song of the Year.

Now hailing from Hampton Roads, Walters “plans on bringing a band of the finest musicians to perform classic, modern as well as original blues tunes” to Kenbridge.

Tickets are $15 for adults, $10 for students and are available in advance at Mildred’s Meals and Smith’s Pharmacy in Kenbridge, and at United Country in Victoria. Tickets will also be available at the door. For more information, call (434) 676-3106.

Church and Community Events for the week of Dec. 7