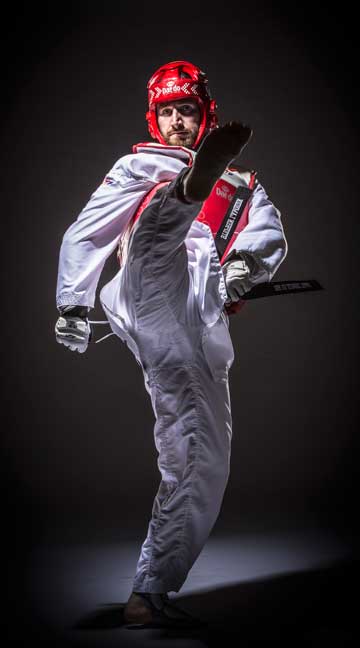 Photo by Simon Hurts Stephen Lambdin is continuing to compete in taekwondo competitions around the world. He heads to Croatia on Wednesday and is aiming to participate in the 2020 Olympic Games in Tokyo.

Kenbridge and young martial artists in the area had the opportunity Saturday afternoon to get acquainted with Stephen Lambdin, who represented the U.S. at the 2016 Olympic Games in Rio as part of the Taekwondo team.

The 28-year-old Olympian has family in Lunenburg County, including his cousin, Sara Curley, who organized the Saturday event at the Kenbridge Emergency Squad building to honor him.

“It was my cousin, Sara’s birthday, and so we were already planning a trip out here, and then she took it upon herself to set this up,” Lambdin said.

Curley was pleased to see to the recognition go to Lambdin, a 25-time member of Team USA who was joined at the event by his parents.

“Ever since they’ve been here, I’ve just been teary-eyed,” Curley said, referring to the Lambdin family. “I’m so proud of him. We all are.”

Competing in the heavyweight taekwondo category, Lambdin has claimed national championships and a myriad of medals, and he placed 11th in Rio.

His career has featured many highlights, but making the Olympic team for the first time this year was the pinnacle of his martial arts journey.

“One of my favorite stories that I like to tell people is in 2000, I met the taekwondo Olympic team for that Olympic Games, and I was a little kid,” Lambdin said. “At the time, it really resonated with me and made me strive to achieve that goal of making the Olympic team. And so the most important part about being on this Olympic team is literally being on the opposite side of that same interaction and being able to give back to kids and be like, ‘Hey, if I can do it, literally anybody can do it.’”

He got an early start in taekwondo during his Texas upbringing.

“It was on my sixth birthday,” he said. “I wanted to be a Ninja Turtle, and I harassed my parents until they took me, and they were going to sign me up just for karate or whatever. They just happened to pick a taekwondo gym that had a world class coach in it,” Jeff Pinaroc.

Lambdin said he thought his schedule would slow down after the Olympics, but it has gotten even busier, with public relations events, competitions, seminars and more.

His parents, Wayne and Naomi Lambdin, have enjoyed taking it all in.

“It’s really cool to watch, and I’m really happy with the way his Christianity has influenced people in all of this,” Wayne Lambdin said. 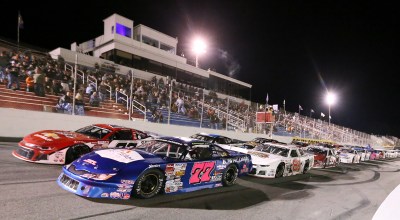 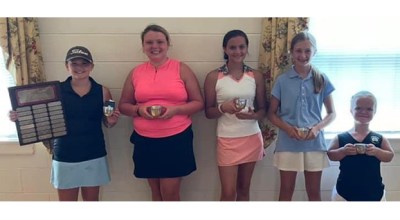