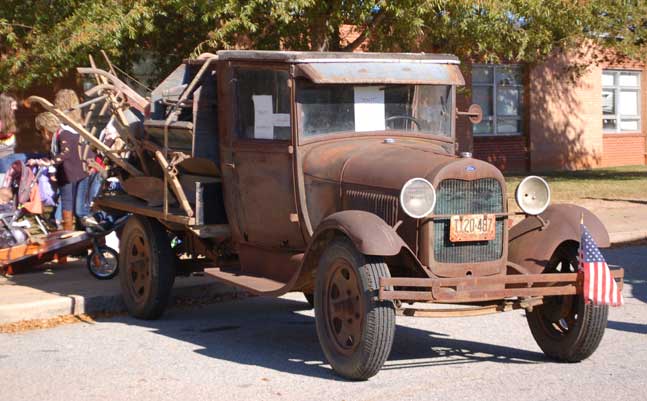 Sharon Bolan, who helped organize the event, said there was a great turnout.

The school earned about $1,800, Bolan said, most of which will go toward providing 15 children in the community with Christmas gifts through the Angel program.

Each child will get $100 worth of gifts, Bolan said.

The remainder of the money will go toward non-Christmas gifts for children at the school. Bags of those items could have anything from hygiene to food items, Bolan said.

The Tobacco Road Band, based of out Chase City, performed during the Rodeo Bazaar for free.

These acts of generosity are supported by the CHS Cares group. Bolan said anyone who goes to CHS is automatically a member of the group.

“Any need — community, state, national — we try to do something together,” she said.

Previously, the group has provided help in Appomattox following a tornado and tragedies in Haiti and at Virginia Tech. They invite parents, teachers and students to get involved.

“They were awesome … they came to support this cause,” she said.

Community members brought cars and trucks for an antique car show and the fire department put its old and new fire trucks on display.

“We’ve done other big fundraisers in the past, and this one seemed to draw on more of the community and that was kind of our goal,” Bolan said.

Church and Community Events for the week of Dec. 7