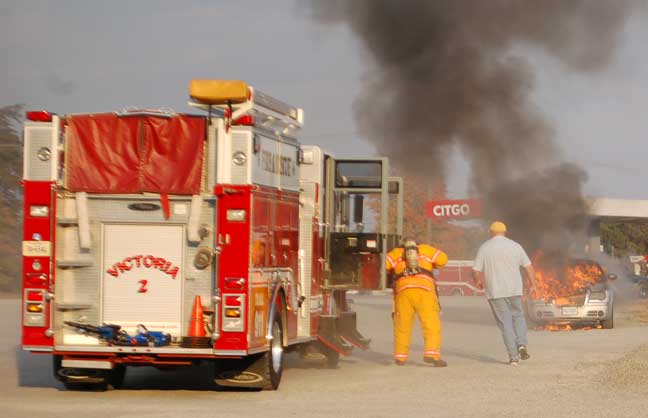 Victoria Fire and Rescue crews responded to a car fire around 5 p.m. Thursday at Stagecoach Stop, Victoria. Firefighter Austin Hoover (below, right) puts out the fire with his brother, Ethan, holding the hose. The VFR’s Rodney Newton said although the cause is undetermined, the fire appeared to have started in the engine compartment. Witnesses said they heard something pop from the car during the fire. “It could’ve been a tire,” Newton said. He said a VFR engine, tanker and EMS responded to the scene, but added no one was injured.