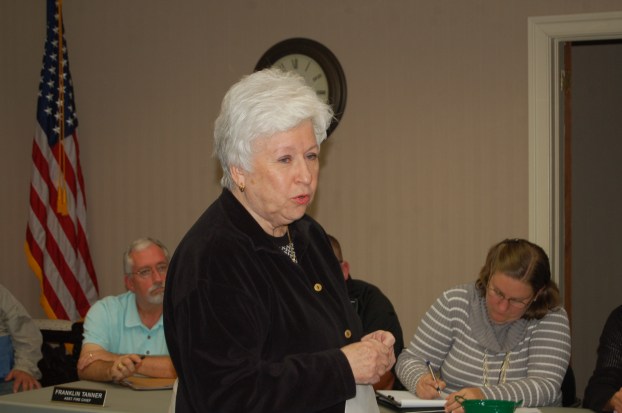 Victoria to deed over library

The town of Victoria will turn over the building in which the Victoria Public Library operates to the Lunenburg County Public Library System (LCPLS). Victoria Town Council voted unanimously to approve the deal following a short public hearing and a presentation from a member of the LCPLS Board of Trustees.

No one spoke during the public hearing, with LCPLS Trustee Karen Scales opting to make her presentation during council’s regular meeting, which immediately followed.

Scales said some questions regarding the responsibilities for the building on 7th Street came up when the LCPLS broke away from a regional system about 18 months ago. Since then, she and Victoria Town Manager Rodney Newton have discussed funding matters, including from the Library of Virginia, which Scales referred to as “the state.”

“The state … recognizes taxing authorities only, and they base their contributions to the libraries based on what the towns and the county give to LCPLS,” Scales said. “If the library’s budget is reduced and other agencies’ budgets are not, then the library would receive no state grants in aid and would be ineligible until local expenditures ‘shall have again reached or exceeded the local effort.’”

Basically, she explained, if the town’s contribution of $3,000 a year and what the county gives the LCPLS falls below what they gave the previous year, the state will “take it back, dollar for dollar.”

Scales said Victoria and the town of Kenbridge also supply “common governmental funds.” She said she is required to report what the town actually spent on utilities and care for the building.

In her presentation, Scales reported Victoria spent $9,400 during its previous fiscal year where it is currently listed as $8,000 — a $1,400 difference.

Councilman Greg Elam asked if the town wrote a check for $11,000 instead, “What difference would it make? As long as we don’t decrease the bucket … that you’re calling your $3,000, what difference does it make, because they don’t count the others.”

Scales said the state is monitoring the cash, including the actual payments for utilities and similar expenses.

“The difference is who is handling the money,” she said.

The issues surrounding the financial discussions came up in March when the library received carryover funds from the regional system through the county. That’s when, she said, the board made the initial proposal to take over the building. The deal would entail the LCPLS taking “total control” of the property.

“Meaning the building, the grounds, the whole bit, but we would reserve a fund for major improvements,” Scales said. “This year, we have put over $8,500 in improvements in the building — that’s air-conditioning, blinds and emergency (lighting). We have not come back to the town for one penny of that.”

She said the board voted in September to accept the building as a gift from the town and offered $10 to buy the building with the understanding the LCPLS would do all major improvements except pay for the electric, propane and maintenance of the grounds in terms of snow and ice removal.

Elam expressed concern over “writing a blank check” for the library’s utilities. Scales left the meeting prior to council’s unanimous vote at the end of the meeting. The final motion included reviewing utility expenditures on an annual basis and retaining an option to take back the building should the LCPLS decide to dispose of it.