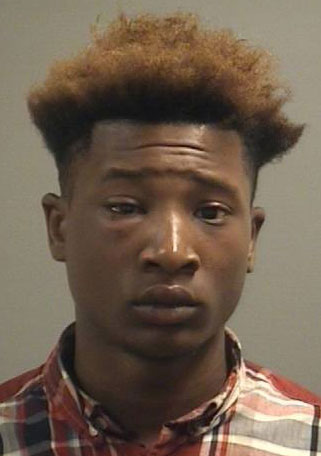 Two county men will spend the next six years in prison following their convictions of armed robbery and use of a firearm during a felony.

In a press release, Clement said additional suspended time amounts to 37 years each, under numerous conditions.

Clement said the convictions arose from a March 11 incident at a Victoria residence in the 1500 block of Washington Avenue where Brown and Craig burst into a bathroom while the 30-year-old adult male victim was using the toilet. The pair threatened the man with two handguns, a 9 mm and a .380 with laser targeting. 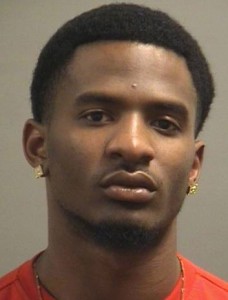 The victim, who was temporarily residing in Victoria while working, yielded $13 in cash, his iPhone and his keys. The men then demanded more and forced him to his truck outside. At one point, the men became distracted, allowing the victim to run off, jump a nearby fence and run to the next street where he had someone call the police. Brown and Craig were gone before police got there just a few minutes later.

The victim knew the name of one of the men, and was able to pick out the other man from a photo lineup.

On March 12, police in South Hill encountered a crowd of individuals causing a disturbance in a parking lot at a Days Inn. An officer observed Craig throw a beer bottle in the grass. When instructed by the officer to pick it up, Craig refused and was placed under arrest for drunk in public and disorderly conduct. While searching him, the officer discovered a Diamondback 9 mm handgun with laser sight in the Craig’s front pocket.

On March 14, Deputy Sheriff Greg Currin and Virginia State Police Trooper Bill Wooding spotted Brown as a passenger in a vehicle during a traffic stop in Kenbridge. Upon searching Brown, they found a Smith & Wesson .380 pistol with a laser sight located in the car within arm’s reach of Brown. They also found a magazine full of rounds.

Officer Michael Landry interviewed both men separately. At first, each man denied being involved in the Victoria robbery, but ultimately admitted being present, but blaming the other defendant as the main instigator.

Clement said he argued for more than seven years’ active time, emphasizing Craig’s lack of expressing any remorse and his previous criminal convictions of larceny of a vehicle in 2014, possession of drugs with intent to distribute in 2014 and a probation violation in 2015. He also pointed out that Craig had just quit going to school and the 11th grade, had not ever been employed ever and put it on his family to support him. Clement also emphasized Craig’s admission to using alcohol daily starting at age 18 and his use of marijuana daily starting at age 16.

Concerning Brown, Clement said he pointed out his lack of remorse and his criminal record of disorderly conduct in 2010, larceny in 2012, trespassing, a probation violation and unauthorized use of a vehicle in 2013. He also pointed out Brown’s expulsion from school due to behavioral issues in the 11th grade, and having only a brief, three-week work history in 2015 before being fired for disrespecting his supervisor.

Clement said the active sentences imposed by the judge are within the recommendation of the sentencing guidelines of four years, nine months, to eight years, five months.

In addition to the active time they will serve on the convictions: Craig and Brown will be subject to conditions of good behavior for 45 years each, supervised probation for three years each, warrantless searches for five years each and restitution to the victim in the amount of $562 and no contact with the victim.

Cpl. Daniel Medlin of the Victoria Police Department served as the lead investigator in the case.

(This story has been updated to reflect the proper active length of time the suspects will serve in prison.)