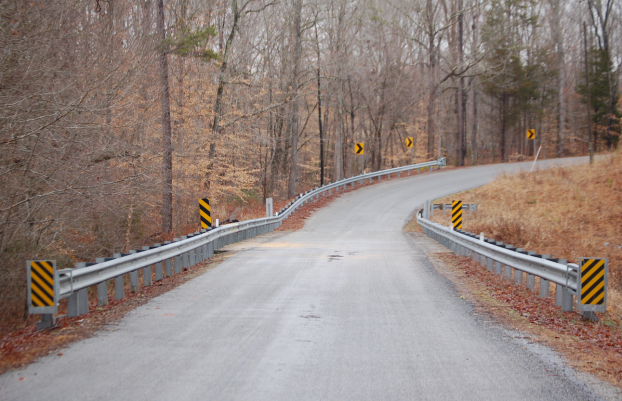 The bridge across Reedy Creek Road on Route 671 is set to undergo repairs, closing the road for approximately a week.

The soon-to-be completed work on Rockymill Bridge and a temporary closure of Route 671, Reedy Creek Road are among the road projects taking place in the county, Virginia Department of Transportation (VDOT) Representative Billy Smith noted during Thursday’s Lunenburg County Board of Supervisors meeting.

Smith reported that the road would be closed this week. The work was scheduled to begin Monday, and the closure is estimated to last for a week.

“There’s work that’s got to be done underneath (the bridge),” Smith said. He said there would be a temporary detour for motorists on the road.

An online announcement from VDOT cited that repairs on the bridge at Reedy Creek Road, between Irby Road at Route 672 and Wattsboro Circle Road on Route 658, will take place from 8:30 a.m. to 2:30 p.m.

“We’re hoping we can get it (finished) quicker than a week,” Smith said about the estimated completion of the project.

Repairs are estimated to take place between Feb. 12 and Feb. 16, weather permitting, the announcement cited.

Smith said work on the bridge located on Route 633 at the intersection of Scotts Crossroads/Rockymill Road is set to be finished by April.

The estimated $2.6 million project includes replacing an aging bridge “over the South Meherrin River with a new structure on the existing alignment,” the VDOT website cited.

The original bridge was built in 1910, the website cites.

The bridge runs through Mecklenburg and Lunenburg County.

Smith also noted an ongoing pipe replacement project on Route 631 that is set to be completed this week and noted the official abandonment of Route 770, which the board of supervisors approved during its January meeting.

Loving your neighbor as yourself

A couple of weeks ago my brother and I remembered my mom who passed away at the end of May... read more