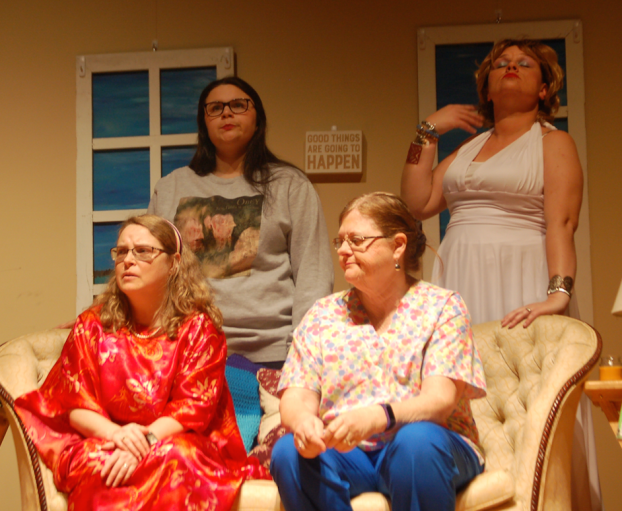 The two-act play follows a collection of eccentric characters who live in a small trailer park community, and who are trapped in the center of a plan by the Town of Tugaloo to annex them.

It’s up to them to keep their community safe. With some humor, ingenuity and several bizarre costumes, their plan just might work.

The play will take place at the Kenbridge Community Center on E. Fifth Avenue in Kenbridge Friday and Saturday at 7 p.m. and Sunday at 2:30 p.m. Information about ticket prices and seating can be found at http://www.sactgroup.com.

The play involves 10 cast members and five working behind the scenes on lighting, set changes and sound effects.

“(The rehearsals) let them know where laughter is going to be, when they need to pause,” Lowe said. “It gets the nerves out, too.”

Brenda Wade, who teaches at Lunenburg Middle School, plays Georgia Dean Rudd, a resident of the trailer park community who owns an eatery and peppers the show with her good heart and quick wit.

Nancy Allen, who plays the no-nonsense Big Ethel Satterwhite in the production, expressed a sentiment of the play’s character that also appears to express the relationship between the cast, crew and director.

“We’re all close, and we stick together,” Allen said.

Students and faculty at Central High School (CHS) will take to the runway Sunday to unite the community and raise... read more