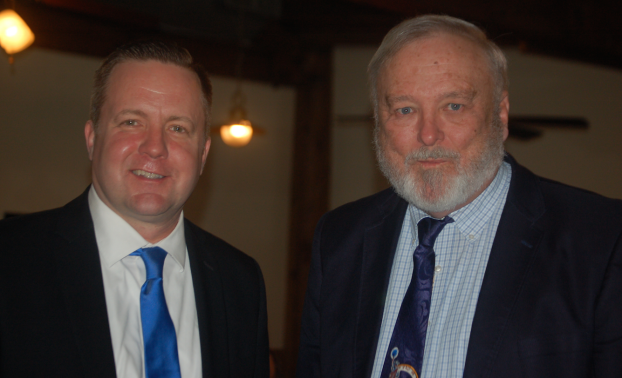 Mike Hankins, president of the Lunenburg Republican Party and the Brown’s Store District Supervisor on the Lunenburg County Board of Supervisors, attended a campaign event for U.S. Senate Candidate Corey Stewart at Charleys Waterfront Cafe in Farmville on Friday. Hankins attended with his wife, Deborah Hankins.

Stewart, who is running for the U.S. Senate seat currently held by Tim Kaine, discussed his position on economic growth, immigration reform and talked about countering what he called a culture of political correctness.

Hankins, during a question-and-answer portion of the event, noted that Stewart is expected to come to Lunenburg County in May.

“I am just really proud of you to reach out to some of the smaller communities in the state, just not writing off everything less than 50,000 people to show up to a meeting like this,” Hankins said. “We’re really looking forward to getting you to Lunenburg County on May the 19th.”

Participants clapped, and Stewart said, “Looking forward to being there.”

Students at Central High School (CHS) will seek to put on a magical show based on a well-known story in... read more