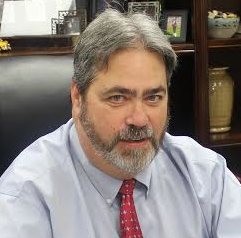 Administration with Lunenburg County Public Schools (LCPS) and members of the Lunenburg County Board of Supervisors discussed the division’s makeup-day policies relating to inclement-weather cancellations during the board’s monthly meeting Feb. 8.

Brown’s Store District Supervisor Mike Hankins posed a question about the number of days missed in 2018. LCPS Superintendent Charles Berkley said the division has missed seven full days as a result of inclement weather which included snowfall and ice on the roadways.

Berkley said that the division used Presidents’ Day, originally slated to be a holiday, as a makeup day.

“One day?” Hankins asked about the makeup schedule. “We’ll make up one day,” Berkley said.

Berkley said the division has more than 1,200 hours built in for the school year.

Meherrin River District Supervisor Robert Zava asked about the minimum amount of hours a division would need to operate for the school year.

Berkley said the minimum would be 990 hours, and he said the division aims to exceed that minimum.

“We always try to have way more than that,” Berkley said.

Virginia State Code § 22.1-98 cites that “the length of every school’s term in every school division shall be at least 180 teaching days or 990 teaching hours in any school year.”

Divisions that have fewer than 990 hours could face reductions in state funding.

Plymouth District Supervisor T. Wayne Hoover asked about the number of hours for each school day.

“Are they eight-hour days?” Hoover said. “If you miss one, is it considered eight hours of education or nine?”

“Seven and a half,” Berkley said.

He said if weather-related cancellations persist, then it could have an effect on school hours during spring break.

“If we miss a week or so in the near future, it probably will reflect on spring break,” said Berkley, who noted spring break for the division is the first week of April.

Zava asked if the two-percent raise for division staff that was voted into the 2017 fiscal budget had come into effect.

James Abernathy, executive assistant to the superintendent, said the second portion of the raise would go into effect in February.

In an email Monday, Abernathy said that the first one percent of the two-percent raise was given to staff at the beginning of the contract year.

Disabled veterans in need of assistance in Lunenburg County may have advocates from area organizations, including the Piedmont Area Veterans... read more