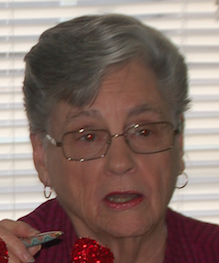 Victoria Town Mayor Carol Watson will be the new vice president of the Lunenburg County Chamber of Commerce, Chamber President Mel Payne said during the chamber’s Thursday meeting at Mildred’s Meals in Kenbridge.

“We’re happy to have Carol as the vice president,” Payne said.

A previous Dispatch report cited that Watson was announced as the Vice President of the Chamber during its January banquet.

Watson thanked the chamber and said she would work to continue to enact events and other activities.

“I am happy to be in this position,” Watson said, “and just because I am the mayor of Victoria doesn’t mean I’m not interested in the whole Lunenburg County. I do hope my position here might be of help and move us along a little bit.”

Mike Hankins, vice president in 2017, was appointed to the chamber board of directors.

Shane Moore A 20-year-old Victoria man was convicted Feb. 20 of petit larceny and tresspassing and was sentenced to two... read more