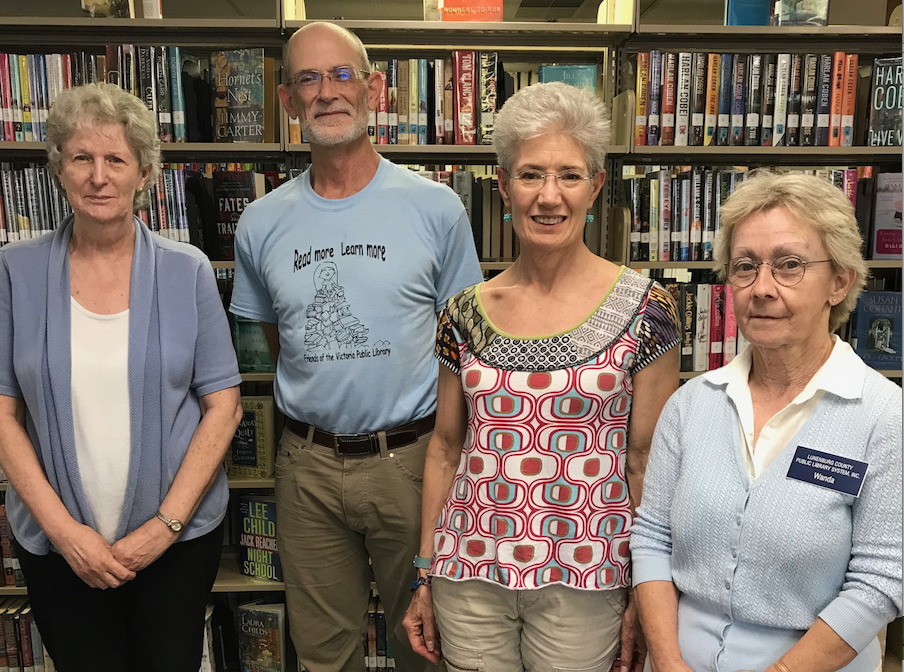 A Texas man who made a number of childhood memories in the Town of Victoria was able to relive a few of them at the Victoria Public Library recently, after purchasing a T-shirt designed by a Lunenburg student for a contest the library held recently.

David R. Turner Jr. said he and his sister, Ellen B. Turner, made a visit to the town in June to see their mother’s gravesite.

His mother, Elizabeth Raiford Turner, was born in Victoria. His father, David M. Turner was born in Dundas. He said their family, who lived in Maryland at the time, made frequent trips to Victoria to see his grandparents, and he and Ellen have good memories exploring the town and visiting the library.

“We grew up taking trips two or three times a year to Victoria to visit our grandparents,” Turner said in a phone interview. His grandparents were Mary and George Raiford.

“My grandmother (Mary Raiford) was a teacher at Victoria Elementary School,” Turner said. “She believed in reading, and she would take us to the library, and we would go there in the summers and check out books.”

He said he last visited the library in 2009, attending the fall festival during the Town of Victoria’s 100th year anniversary, and then about 50 years before while visiting his grandparents.

He said the town had a profound impact on his mom, who passed away a few years ago.

“If you asked where home was, she’d never say home was Maryland,” Turner said. “Home was always Victoria.”

Friends of the Victoria Public Library Secretary Trudy Berry said Turner reached out to her about purchasing a T-shirt after reading about the contest in the Dispatch. Turner said he has a subscription to the paper.

Berry said she learned about Turner’s childhood connection, and offered to have him stop by the library the next time he was in town.

Turner said it was equally exciting to visit the library after so many years, and meet Berry and library staff.

“It’s a beautiful area,” Turner said, “We spent a lot of time roaming out in the county with my grandparents.”

About the T-Shirt, Turner said he wears it back home in Houston.

Berry said there are some T-shirts left to sell for the fundraiser, and said the fundraiser created a good opportunity to meet someone impacted by the library.

“It was a really nice meeting,” Berry said. 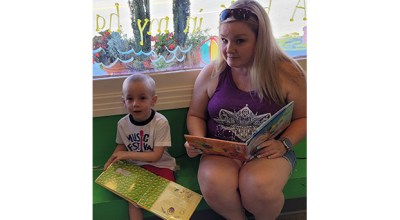