Shoring up the offense 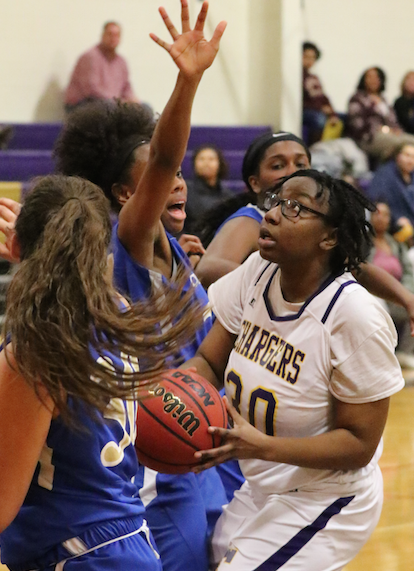 The regional playoffs are assured for Central High School’s varsity girls basketball team, but the Lady Chargers’ seeding is still undetermined and their work developing their offense is still unfinished entering this final week of their 2018-19 regular season.

“We will be either the fifth, sixth or seventh seed depending on this week,” he said.

Helping the cause of receiving a higher seed last week was the 33-28 home win over William Campbell High School on Jan. 28, which gave the Lady Chargers their fourth victory of the season.

Wilson said his team trailed 29-8 at the half. It pulled within 11 but could get no closer.

The Lady Chargers’ 28 points in the second half were the most they had scored in a half all season, and Wilson called it “very encouraging to see …”